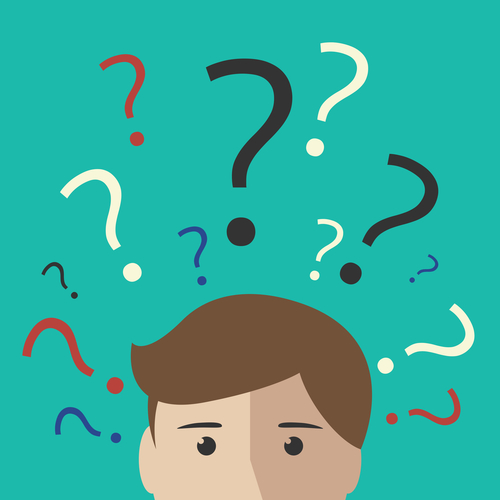 It was Sunday night, and Monday I would officially begin my journey as an EIR (Entrepreneur in Residence) at a VC fund based in San Francisco. It was an incredible opportunity to build an Analog IC company (my expertise) with VC backing, and now I had to deliver.

I knew the playbook for building the company inside and out. After all, I’d been building companies like this for close to 20 years.

I knew the moves. Yet I was scared because, even though I knew the moves, I wasn’t sure I would be able to execute on the most important move in the startup playbook: finding a great VP Engineering.

Okay. Maybe I was more worried than scared. But it was still a daunting task. Really great VPs of Engineering just don’t grow on trees.

You need to knock on a lot of doors to build your team.

So there I was, zero days into the job, worried about finding this elusive person. I had to buy something at Fry’s and I ran right into “Jim”. Jim and I had worked together years ago, and I had always thought highly of Jim.

Jim asked me what I was up to, so I told him that I was in the process of starting a company. Jim said he’d be interested in working with me on the project.

It was great that Jim was interested in working with me, but Jim was a marketing person, not an engineering VP. So I still had the same problem of finding a great VP Engineering.

Now there were two of us working on solving the problem. That meant we could leverage Jim’s network of contacts in addition to my network of contracts.

Jim suggested we meet with “John”. Jim and John had worked together under my old mentor and boss, Ziya.

Jim and I had lunch with John the next week. We met at Bucks in Woodside.

As usual, Bucks was loud. And, as usual, the food was mediocre at best. Jim, John, and I had a good conversation.

John and I agreed to meet again. The second meeting went well too. We talked about our philosophies about building a company like this. The good news was there was a good deal of overlap.

Plus we got along well, so I felt pretty good about possibly bringing John onto the team.

You always need to check your references before you bring on a cofounder.

Jim was vouching for John, so that made me feel good. But I wanted more confirmation.

I called Ziya up in Istanbul where he was now living, and Ziya was very excited about John joining the team. I also called another CEO friend who John had worked for. He told me John was a guru.

John would become the third founder of our company.

You need a minimum of three months before you know if you and your cofounders will work out.

I was thrilled because we had solved the really tough problem of finding a really great VP Engineering. John checked all the boxes.

Everything seemed really good. All we had to do was complete our business plan and start raising money.

Ziya flew in about two months after we started, and he wanted to have dinner with us. We had a really nice dinner in Palo Alto together.

I remember John saying to Ziya, “We don’t always agree with each other…”

John’s tone was positive, so maybe it was nothing. I still made a mental note because we hadn’t disagreed about anything.

The arguments literally started the next day. Apparently John had been holding in his feelings about my broad vision for the company.

John never could get his head around the vision, so he quit and stole the company’s IP in the process. Oh, and he convinced Jim to quit too.

I was back to square one.

Where was I going to find a second great VP Engineering?

I started calling everyone I could think of, and I eventually landed on “Julius”. Julius had a good reputation as well. So, after doing some quick reference checks on Julius, I added him to the team.

We were having my in-laws over for dinner one Sunday night, when I got a call from Julius. “Hi Brett, I don’t know how to tell you this, but I don’t think I have the energy to do a startup at this time.

“I’ll help you until you find my replacement.”

There was more to the conversation. A lot more in fact. We spoke for over an hour, but it was clear that I would have to find a third great VP Engineering.

How many rabbits could I pull out of one hat?

We were already raising money when Julius decided to bow out. I decided to keep going.

I also decided that I would be upfront and honest with potential investors about where we were at. More importantly, I decided that we would take our time, relatively, in finding the right permanent VP Engineering.

It took a long five months to find Jeroen. But the fit was perfect, or as close to perfect as you could get, from day one:

A. You want your cofounders to share the same vision for the company.

Jeroen is incredibly mild mannered. But underneath his calm exterior he was incredibly passionate about building the same type of company I wanted to build.

In fact, Jeroen was just as fanatical as I was about seeing our vision through. Fanaticism is a critical component you need in your cofounders. And…

B. You want your technical VP/CTO to have good business sense.

But what happens if your cofounder(s) challenge the wrong decisions, and they can’t be convinced, despite all your best efforts, to support what you do? Inevitably, you will have problems if there are too many disconnects between you and your cofounder(s).

Jeroen quickly became someone that I could rely on for useful feedback on many business decisions beyond engineering. That’s a huge bonus. And…

C. You want your cofounder(s) to have integrity.

Your chances of success go way down if you have cofounders that lack integrity. It doesn’t matter how brilliant they are, without integrity you can’t trust your cofounder(s). And without trust, you can’t build a functional team.

D. You want your cofounder(s) to fit your company culture.

As I said earlier, Jeroen fit our culture. Or at least he fit what I wanted our culture to be.

Every person you hire either adds or subtracts from your company culture. So your early hires and founders have a tremendous influence on the culture of your company.

Stanford University commissioned a study on the importance of company culture on the success of startups, and your chances of success skyrocket if you have the right culture in place.

It only took me three tries to go get the founding team right. Only three (LOL!). Everything fell into place once we got the team, and by definition the company culture, right.

There were other major hurdles along the way. Getting traction certainly was a bigger challenge than I thought it would be (read: What Are You Likely To Get Wrong When You Start Your Business?.)

But, at least in my case, getting the technical cofounder role set was the biggest challenge in getting our company off the ground.