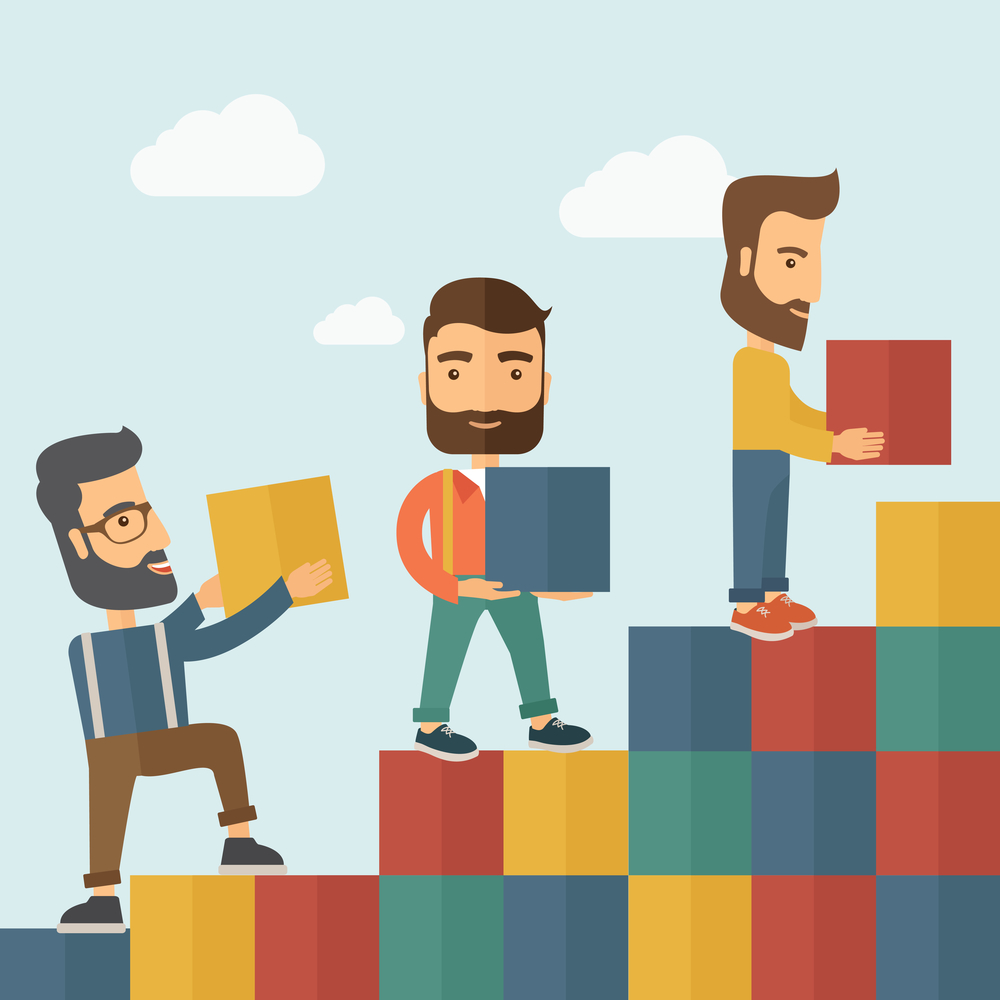 I’m in the middle of reading Phil Knight’s (the founder of Nike) great autobiography “Shoe Dog.” Actually I’m listening to the book on Audible, and I’m transfixed.

I’m about halfway through Shoe Dog, and I can’t stop reading/listening. In fact, I’m going to go for a run once I’m done writing this post, so I can listen some more.

So, what did Phil Knight do to motivate his team? Did he:

Knight did none of that. In fact, Knight’s “plan” was nonexistent.

It was almost as if Knight managed by not managing at all. He just kept out of the way of the REALLY motivated team around him.

Knight’s founding team was a motley crew. Bowerman, Johnson, Woodell, Hollister and the rest were certainly not out of central casting.

But, as you read Shoe Dog, you knew they were the right group for Knight.

There was a word that was rattling around in my head about Knight’s founding team, but I couldn’t find it.

Then, at about the halfway point of the book, Knight said the word about an early team member:

The team member was “Fanatical”.

Boom! Fanatical is the perfect word to describe a great cofounder. And you can’t stop with just your cofounders. You need everyone that joins your company early on to be a fanatic.

Let me go even one step further: You need fanatics at every stage of your company’s life.

I was very fortunate, early in my career, to work at Maxim Integrated Products. I watched and helped Maxim grow to over $1B/year in revenue.

Maxim, like Nike, had an interesting cast of characters. But, just like Nike, the team was truly committed to the company’s success. (Interestingly enough, Maxim’s original campus in Portland, Oregon was right across the street from Nike.)

It was clear and obvious:

You’re either working with the right people or you aren’t.

Ken and Randy were smart and experienced, but they didn’t have that hunger and desire that you need in a startup.

The challenge with cofounders is you many times don’t know if the cofounder will work out. But the warning signs that things will not work out are there if you look.

Ken ran sales for us. I knew we were in trouble when Ken bought a condo in the nicest building in San Francisco.

Blossom and I had dinner one night with Ken and some friends. One of our friends who lived in the same building Ken did described Ken as “The Mayor.”

“Everyone in the building knows Ken,” my friend remarked.

Ken was going to have to be on the road a lot. Was Ken really going to want to spend weeks on end in hotel rooms away from his beautiful new home?

Ken was gone within a year. (Read: What's Your EQ And Why It Matters - Brett J. Fox)

Randy pushed to be COO. Does a five-person company really need a COO?

Randy’s ego grab for title was a harbinger of other interpersonal issues he would have with other team members.

Randy was gone six months after we started.

Fanatical team members are all in.

Just like the characters that Knight worked with, Adolfo and Jeroen never complained. They just got it done.

Interestingly, neither Adolfo nor Jeroen were extroverts. Personality doesn’t matter because fanatics come in all shapes and sizes.

Most importantly, fanatical cofounders don’t back away when you have trouble. Unless you’re really fortunate, your startup is going to have a near death experience or two or three.

Reading Shoe Dog, it’s clear from Knight’s experience building Blue Ribbon Sports (the original name for Nike for the first seven years of their existence) that Nike/Blue Ribbon had several near death experiences. Knight’s core team never once backed down.

There was one more thing that is even more important than Knight’s team being all in:

Knight was all in from the start. And you, the CEO, are going to have to be all in too.

So ask yourself: Are you fanatical about your company?

Your task is simply finding other fanatics.

Then you will never have to worry about motivation again.

You never have worry about motivating fanatics because fanatics are self-motivated.

Now there are things you can do to hurt the motivation of the fanatical team you’ve built:

Start with people that are fanatical about your company. You want people that will run through walls like the group that Phil Knight had.

Then you will have a fanatical team that is highly motivated.

So, how do you find fanatics for your team?

I was the final interviewer, the closer, so to speak.

We started talking, and I loved this guy too. I knew he would be a great addition to the team. We talked a little bit about the offer he was going to receive.

The offer was a good offer. The salary would be at market rate, and the equity was good for his level.

Then, he said, “I’m trying to calculate what type of return I’m going get if I join versus staying at my existing company. I need to build a spreadsheet to determine the odds.”

I knew right then that he would not be joining our company.

You see, I’d met him before. Not him, but I’d met hundreds like him; the “I’m going to determine what the most likely outcome” candidate.

Fanatics don’t care about the odds of success.

The low odds didn’t stop me from trying to get this great candidate to join the company. I did everything I could do to get him to join, but, in the end, he didn’t join.

You either believe or you don’t. And, if you believe, you take the risk knowing that there is a high likelihood you will fail.

And that’s okay because you believed in what you were doing. In other words you are a fanatic Fanatics don’t give up when the odds are stacked against them, and…

You have to be willing to take the risk of complete failure if you decide to start a company.

And, you may not be that type of person. That’s perfectly okay. The odds are you will be better off financially by staying at your current job.

But, you’ll never know what it’s like to build something from scratch. You’ll never know the joy of being part of a great team of fanatics that pulled off the impossible.

And that’s why, despite the odds being stacked against you, that you start a company.