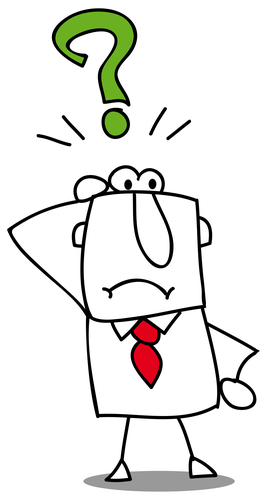 “Don’t try and be something that you’re not,” that was the advice I gave to myself when I started my company.

Even though I have a BSEE and a few patents, I’d been on the “dark side”, as my wife calls the business side of a technology company, for years. I wasn’t going to be the technical heart and soul of the company.

I think there are three unique challenges that all non-technical CEOs face:

A. You need to hire a great VP Engineering.

“Who’s your VP of Engineering going to be?” That was the question Jack, a VC who was preparing to give us a term sheet, asked me.

“That’s what I thought you would tell me,” Jack said. “However, there’s too much risk for me to invest until you find a full time VP Engineering.”

I didn’t argue with Jack because he was right. Besides, I was pretty close to adding Jeroen to the team as our new VP Engineering. Two weeks later, I sent Jack an email letting him know we added Jeroen to the team. I included his resume.

Jack instantly responded. “Great. His resume is very impressive. Set up a meeting for me with him. I’ll give you a term sheet if the meeting goes well.” The meeting between Jeroen and Jack went well, so we received a term sheet.

The reality is you will not be perceived as being strong enough technically by investors.

Don’t try and be something that you’re not. Hire a great VP Engineering that can help you. This leads directly to point number two…

B. You need to recruit great technical talent.

But guess who the other technical recruiting co-lead is? That’s right, it’s you.

In my case, about half of the founding engineering team came from my efforts, and the other half came from Jeroen’s efforts. That doesn’t mean that I didn’t interview the engineers Jeroen recruited.

You’re going to need to interview all the early engineering hires your company makes. Again the key is don’t try and be something that you’re not.

Mark my words. You will fail if you try and prove how technically strong you are. Great engineers will instantly see you for a fraud.

You don’t need to be a technical wizard to do this. You do need to ask good questions, listen well, and clearly articulate the vision of the company.

Now that your great technical team is in place, you can’t just ignore the technical side. On the contrary…

C. You need to stay involved in the technical side of the business.

You still need to stay involved, heavily involved in fact, in the technical side of the business. I know this sounds like the reverse of what I’ve been saying, but it’s not. Let me explain.

The best non-technical CEO I ever saw do this was the late Jack Gifford at Maxim Integrated Products. Gifford had a BSEE, but he had been on the marketing and sales side for years before he founded Maxim.

That didn’t stop him from asking logical, probing questions of the technical team when things went wrong. “Why didn’t we ask that,” was a constant theme you heard walking out of a meeting with Gifford.

Plus, you want to stay heavily involved in the product and feature direction of your technical team. Again, this just requires your common sense.

Let me give you an example. To stay ahead in key product area we needed to develop a product that could operate from +2.7V but double the voltage for a key part of the device to +5V.

There are well known circuit techniques that use an inductor an a capacitor off chip to do this. However, our customers didn’t want to use expensive inductors. They only wanted us to use cheap capacitors.

Chuck, a brilliant engineer, said it can’t be done. I challenged Chuck and said, “Why not. It seems possible to me.” Chuck was pissed. It was a Friday afternoon, and he stormed out of the meeting and, presumably, went home.

Monday morning Chuck walked into my office and slammed a piece of paper on my desk. No it wasn’t his resignation. Instead it was a new circuit technique that would allow us to do what we wanted to do.

I wasn’t trying to be something that I wasn’t. You can do the same thing. Just be logical and don’t be afraid to ask the tough questions.

For more, read: What Traits Should You Look For In The Engineers You Hire?