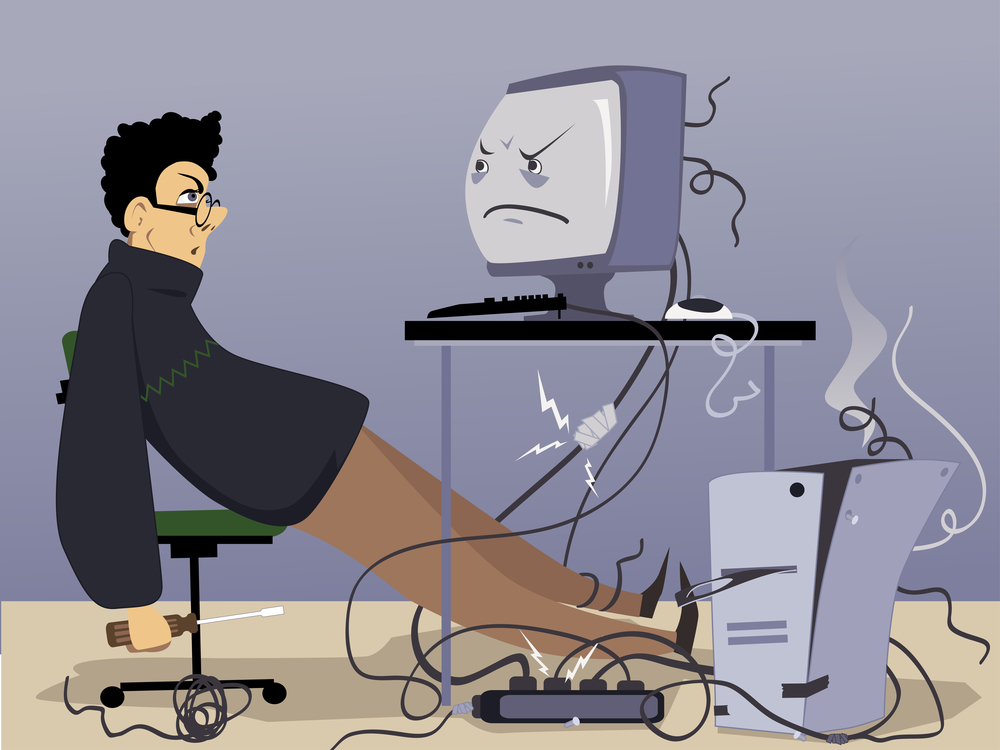 “I just want to be able to breathe,” I said to Irwin and Winston, two VCs I was meeting with as I began raising our Series B funding. The second I uttered those words, I wanted them back. I thought my words exposed my inner feelings, but Irwin and Winston just moved on with the conversation.

However, the reality was I really did just want to breathe. We’d raised our Series A over two years earlier, and I’d been running the company for over four years.

I kept asking myself, “Would it ever get any easier?”

Every stage of your startup journey is going to have its share of challenges.

I stayed focused during the rest of the meeting, and Irwin and Winston seemed impressed. They’d been following my progress since I pitched them during our Series A (they passed :-)).

Winston said to me, “You’ve done everything you said you’d do.”

I smiled and said, “Thank you.”

“We’re definitely interested in moving forward,” he said. He stood up, and I shook his hand and Irwin’s hand.

As I walked back to my car, I thought about everything I had been through to get to this point. The list was really long, but I’ll point out five things here:

Problem Number One: You will likely be your toughest critic.

Actually, my first thought was, “I don’t feel like we’ve accomplished enough.”

Our execution had been good to that point. We’d already announced over thirty products to market, but we were behind our original plan.

And, because we were behind our development plan, our revenue was behind too. Yet, Irwin and Winston were right. We were making progress. And we did exactly what we said we were going to do.

It’s kind of like what Barry, the Chairman of our board of directors, said to me. “Most startups are behind plan, and we’re no different.”

Problem Number Two: You’ll likely have to adjust your sales and marketing plans.

One of the advantages we allegedly had, and one of the selling points we sold to potential investors, was the experience of the team. Each of the founders had over 20 years in industry.

We knew the playbook of how to build the company we were trying to build. Still, we didn’t get it exactly right.

The engineering development went reasonably as we expected it. The biggest surprise we had were the mistakes of well known foundries like TSMC. We did have them making errors baked into our production plan.

Yet, the even bigger surprise was the amount of tweaking we had to do regarding sales and marketing. There were two big assumptions we made that were wrong.

The first assumption we made was that major OEMs like Samsung wouldn’t want to buy our proprietary products. It was a happy surprise that, by the time we started to raise our Series B funding, we were already doing business with Samsung and other large OEMs.

The second assumption we made was that, like our predecessors, a sales rep model, where we could leverage the sales reps existing customer relationships, would work. We were wrong. Sales reps had been made virtually irrelevant by the internet, so their value to us was minimal.

So, we had to adjust what we were doing based on reality. You’ll likely have to do the same thing.

It’s very rare for a company’s go to market strategy and business model not to shift. The key is for you to quickly make these, hopefully, small pivots quickly.

Problem Number Three: Some of your co-founders won’t make it.

“’Randy’ and ‘Ken’ are no longer with the company,” I said to Irwin and Winston when I got to the team slide.

“Randy did good work for us, but he was getting into confrontations with too many members of the team. Ken just didn’t want to work hard anymore. I’d known Ken for close to 20 years, and it really made me sad (to let him go).”

Winston looked at his notes, looked up and said, “Yes, that’s exactly what our research told us about him.”

Then, we moved on with the rest of my pitch.

VCs know that it’s likely that at least one half of your co-founders aren’t going to make it. The sad reality is it’s really hard to predict who will make it and who will leave.

In my case, Ken’s failure took me by surprise. My experience with Ken was that he was a grinder, someone that would work his tail off. What a huge disappointment it was to see him so unmotivated.

Problem Number Four: You’ll be at the bottom of the “J” Curve.

The J curve is the low point in the valuation of a startup. It usually happens in early stages of the company. Visually, it look like this: