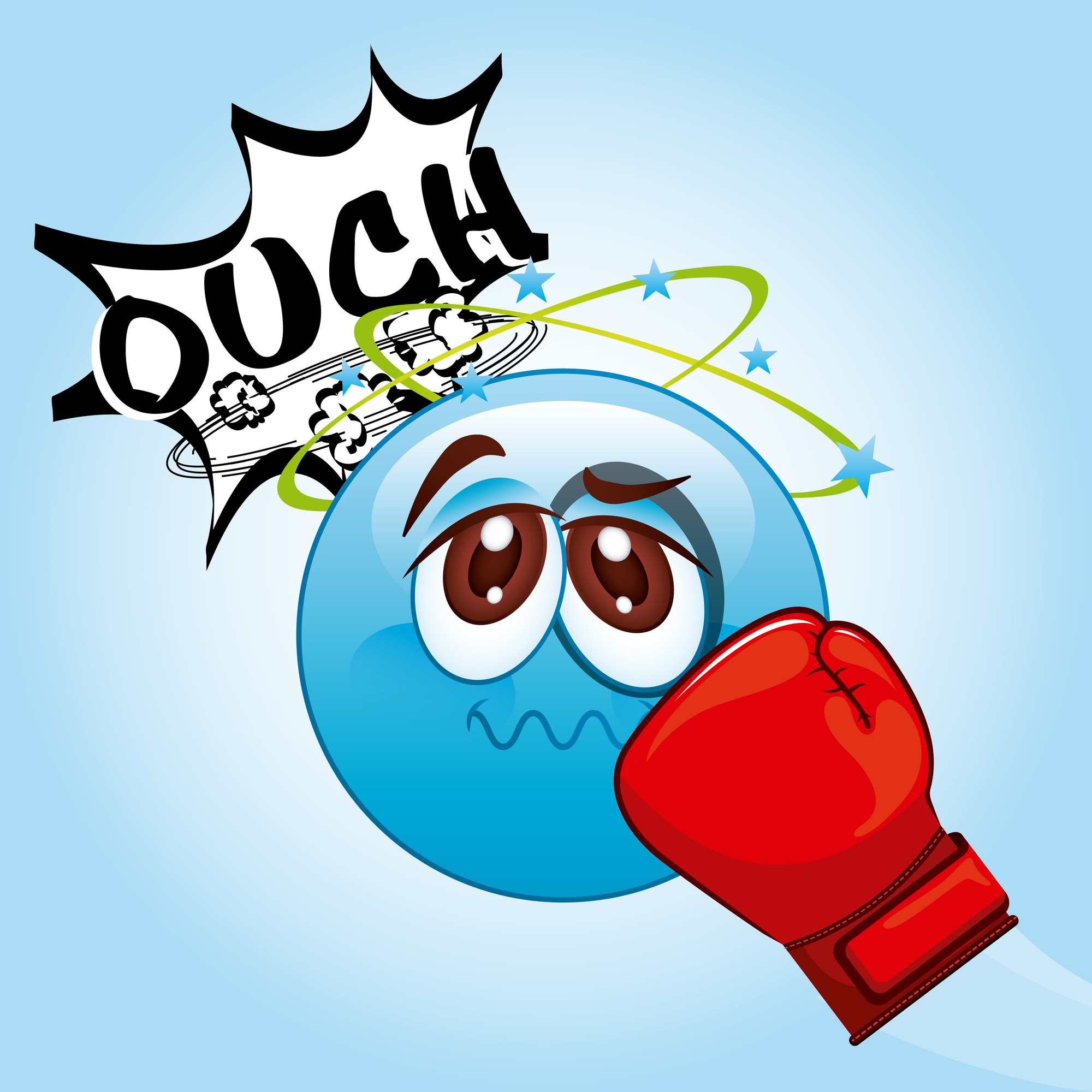 I was talking to a Venture Capitalist early on about our company. Out of the blue the VC looked at me and said, “Well you’re the CEO, so you get to deal with investors like me.

“And that’s why you get more stock than the others.”

Do you want to become a better startup CEO? Then grab a copy of my free ebook, "The 7 Immutable Laws For Startup CEOs: Violate Them At Your Own Risk."

The VC was playing to the myth that your biggest pain and problems as CEO are dealing with investors. In one sense the VC wasn’t wrong, but he wasn’t right either.

Sure, dealing with investors can be a real painful experience. I should know because I certainly felt that pain all too well.

However, I never felt that dealing with investors was something I didn’t want to do. In fact, my thought process was pretty simple.

Why would I want to self-inflict the pain of dealing with investors on myself?

The easy answer is because I am in control of my destiny and the company’s destiny. I wouldn’t want anyone else but me handling that.

Even though I had my share of difficulties dealing with our investors, I never felt it was something I didn’t want to do. And, quite frankly, dealing with investors didn’t really take a huge amount of time unless we were in fund-raising mode.

And, even in fund-raising mode, I recognized that it was part of the job. So I always went at raising money in a full-force way.

I networked. I pitched. I put everything I had into our efforts to raise money. And, crazy me, I actually enjoyed raising money!

Not all of it. I certainly didn’t hearing investors tell us no.

But I really liked raising money.

There’s an adrenaline rush you get when you pitch and you connect with your audience.
Do you want to become a better startup CEO? Then grab a copy of my free ebook, "The 7 Immutable Laws For Startup CEOs: Violate Them At Your Own Risk."

Here are the other 10 things that are the biggest pains about being a startup CEO:

A.  You can never take a second off. You always have to be on.

I’m not saying you can’t take a vacation, but I am saying that you can never, ever have a down moment as a CEO.

Your team is watching you from the minute you walk into your office until you go to bed at night. Literally everything you do and everything you say is being analyzed and overanalyzed.

Nothing is analyzed more then when you have to let someone go. That leads to…

B.  You have to fire people, and firing people sucks.

You’re going to make hiring mistakes. And some of your cofounders are not going to work out.

And guess what? It’s your fault the person didn’t work out because, after all, you hired the person.

So, handle yourself with class and grace when you do fire people. Bend over backwards, so the person isn’t humiliated.

Finally, always hope that firing people always sucks. However there is one thing worse than having to fire people…

C.  You may have to lay people off, and laying people off is even worse than firing someone.

There’s the old saying “You may need to cut off a limb to save the body.” I think that describes what it’s like to lay people off.

Think of the concept of phantom pain.  Phantom pain is the pain your brain feels from a body part that is no longer there.

You will feel (unless you are completely heartless) the pain of letting people go because you couldn’t afford to keep them long after they have left the company.

That leads me to my next point…
Do you want to become a better startup CEO? Then grab a copy of my free ebook, "The 7 Immutable Laws For Startup CEOs: Violate Them At Your Own Risk."

D.  There are always personnel issues you have to deal with. Always.

Nothing could be further from the truth.

You end up spending a huge amount of your time on personnel issues. And that’s true even with a team of high-achievers that work well together.

E.  You will usually get a filtered view of what’s really going on.

People will play to your ego rather than tell you the truth. One of the toughest parts about being CEO is that you will have various members of your team playing to your ego to curry favor.

And what makes even tougher is it feels good to have people play to your ego. And that’s where hubris can set in.

F.  You’re going to have vendors screw up the easiest things imaginable.

I’ll give you an example. We “rented” an email list from one of the leading publications in our category.

We ran a test run first with 3,000 names. And the results were really good.

That’s when we knew the 300,000 person list was going to be a home run! We knew we would be overrun with orders and sample requests based on the conversion rates from the test run.

I had extra people ready to help service the sample requests so we could turn them in one day. So the blessed day came, and our email went out as planned.

Then nothing happened. We got a small bump in traffic, and we got no sample requests.

I called our PR person, and I asked her to contact the publisher. She called me back an hour later.

“Brett, you’ll never believe it, but the publisher lost their list, so they tried to recreate it.”

The point is your vendors are going to make mistakes at the worst time. And you have to stay on top of them.

Don’t always go with the lowest price vendor. Instead, remember that quality matters, and paying a slightly higher price can actually be a better deal.

Speaking of vendors…
Do you want to become a better startup CEO? Then grab a copy of my free ebook, "The 7 Immutable Laws For Startup CEOs: Violate Them At Your Own Risk."

G.  You will have peddlers coming out of the woodwork trying to sell you unnecessary things.

The scam went like this. “Hey I’m from the XYZ production company, and we’re interested in producing a 15 minute documentary on your company.”

I called the producer back. XYZ interest in producing the documentary was real. However, there was just one catch…

Well that was the end of that.

A year later, I received an almost identical call from another production company with the exact same pitch! How many of these scam artists are there?

The answer is too many to count.

You’re going to get approached by someone selling you something you don’t need. It’s guaranteed. Just keep your BS detector activated.

H.  You will have customers use you as a lever to get what they want from their existing vendors.

You’re finally about to land that major customer that’s going to change everything. The problem, unknown to you, is the customer is leveraging you to get a better deal from an existing vendor.

There’s no denying that you will lose some big deals. The best way to avoid losing these big customers is building strong relationships with senior management.

The stronger the relationship you develop, the better the chance you will win the business.

Mistakes are part of business. And one of the mistakes you will likely make is missing your plan, so…

I.  You will need to tell your team you’re off plan.

I’ll never forget our Chairman of the Board telling a potential investor, “Most companies are really bad at forecasting their business, and we’re no exception.”

Worse, we entrepreneurs tend to overestimate what we can achieve. That leads to you missing your plan.

The first thing you need to do is quickly adjust your forecast and your plan. Don’t hide from the problem because that makes it work.

The second thing you need to is being transparent with your team. Be honest, and don’t show fear or panic. You’ll be pleasantly surprised as you watch your team rise to occasion and help you solve the problem.

I saved the worst one for last…

The thing that gets really tough to deal with is being in another hotel room away from your family. That’s the part I just hate.

To be fair, there’s one part of business travel that makes everything worthwhile, and that’s meeting with customers.   And nothing gets my juices flowing like positive feedback from customers.
Do you want to become a better startup CEO? Then grab a copy of my free ebook, "The 7 Immutable Laws For Startup CEOs: Violate Them At Your Own Risk."