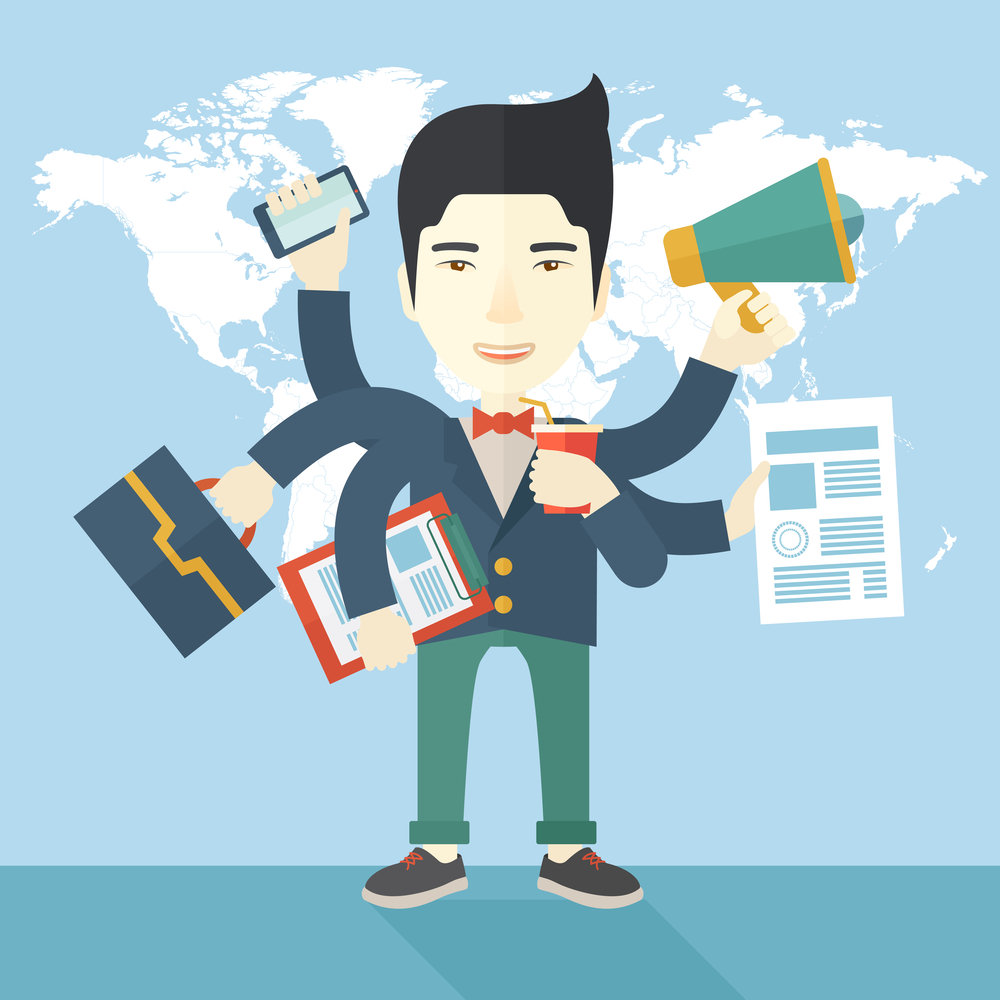 “I’m managing three companies,” “Jason” said to me. It was our first conversation, and warning lights started going off.

“Tell me about the three companies?” I said.

Do you want to grow your business? Maybe I can help.  Click here.

“Interesting,” I responded. “How many direct reports do you have across the three companies?”

You’ll need to leverage yourself if you’re going to manage multiple startups.

“Think of your multiple companies like one big company,” I said to Jason. “Each of the companies are then like divisions of the main company, run by you.

“Ideally, you want to develop infrastructure in each division (the individual companies), so that you’re free to manage all three divisions at once. The only way this is going to happen is if you reduce the number of direct reports you have.”

Jason nodded his head in agreement. “I know. 17 is too many. How many should I reduce it to?”

“My magic number is seven,” I said. “Things usually break down for most people when they get above seven direct reports. Normally, you’d have a management team for each of the businesses. My bet is this hasn’t been built out yet.”

Jason quickly realized the true problem he had. “I don’t really have the teams I need, so they can manage the more junior people. I’m having to do that myself.”

“I’m not surprised,” I said. “What you’re going through is normal if you were managing just one startup.

“It’s pretty common that somewhere between $1 million and $10 million in revenue, you end up building out your management team. In your case, you have to build out two management teams, maybe three.”

Fortunately, Jason truly did get it. Over the next several months, Jason recruited the management teams he needed. Slowly, but surely, the number of direct reports Jason had dropped to the magic number of seven.

In addition, Jason divested his law practice. Now, Jason at least had a manageable problem.

However, you’ll need to remain vigilant to keep your leverage.

About six months later, Jason said, “I’m worried again because my direct reports are up to eleven. I know what I need to do.”

In short, it’s a never ending battle. The best CEOs plan ahead, so they are constantly recruiting or building their management talent pool.

It takes discipline to pull this off. And you need to teach your team to have the same discipline.

No matter how hard you try, one of the startups will demand most of your attention.

Jason successfully got his direct reports down to seven again. Then, the inevitable happened.

Jason had the high class problem where one of the companies growth went hyper, doubling in revenue each year. And, of course, eighty percent of his time went to running the hyper growth startup.

That’s okay. As long as you have follow the rule of seven, keep you and your team focused on recruiting top talent, then you can keep managing multiple businesses as you scale.