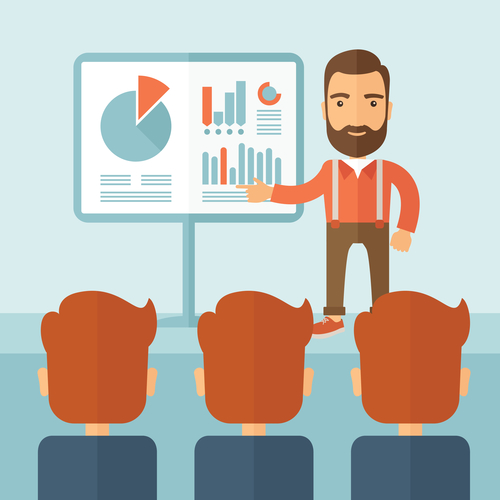 For whatever reason, our board meetings were always on Thursdays. Usually, the meeting would start at 10AM, so our investors could make the drive to Milpitas after the traffic on 237 thinned out a bit.

Then we always had a company meeting on Friday. We would serve lunch for the whole company.

And we would go through the whole board presentation, except for the closed session, slide by slide.

The heads of engineering, marketing, sales, test engineering, and manufacturing all reviewed their board slides. Then they would answer any questions the team had.

I would then go through a detailed Q & A with the team. The questions were great and tough.

When we were behind our sales numbers, I would get tough questions about what we were going to do to catch up. If we were raising money, I got asked how the fund raising process was going.

You should be open kimono with your team.

I was called earlier in my career paranoid beyond belief. And I certainly can’t argue with that assessment. I was paranoid.

I was known to be against giving out any unnecessary information to anyone, but my mindset changed as I got older.

I realized that, yes, information was going to leak. However, the positives of being transparent with your team outweigh, by far, the negatives.

So I embraced being as transparent as possible with the team. You should do the same because transparency builds loyalty.

Remember that your team will fill in the blanks for you if you don’t give them information. Let me give you an example.

In one company meeting I apparently frowned when I answered a question on how sales were going. My cofounder and VP Engineering, Jeroen, told me later in the day that some of the engineers were worried that things weren’t going that well.

I laughed when Jeroen told me. And then I sighed.

I had frowned and the team was going to fill in the blanks with their own theory of what happened.

Fortunately, we had an engineering meeting late in the afternoon, so I could right the ship. Imagine how crazy the story would have gotten if it had gone on longer?

For more read: How Do You Earn Your Team's Trust?