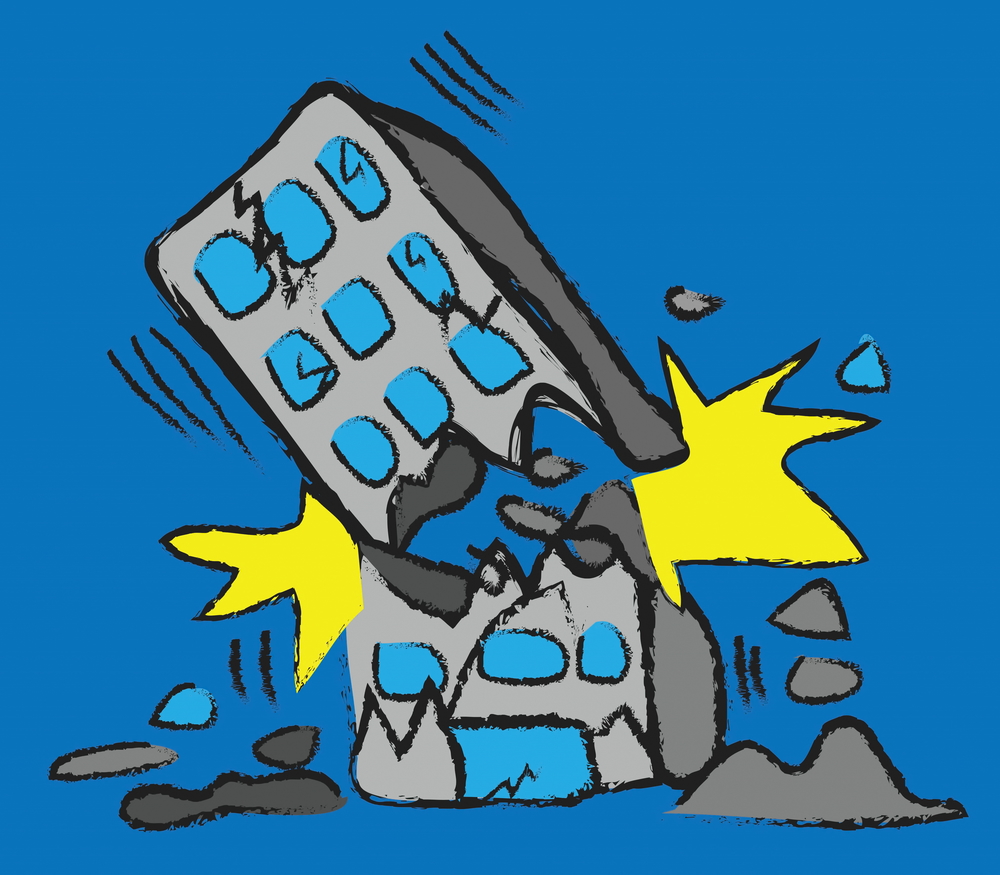 “Bring us up to your level,” “Bob” the CEO said to me in his office. Bob was pitching me on becoming general manager of one of the company’s three business units.

I smiled, we shook hands, and I left his office. The truth was that I wasn’t sold on whether I wanted to work with Bob. I had another offer to become a partner at a San Francisco based VC firm.

I was trying to decide between the two offers. On the one hand, becoming a VC could be a lot of fun and I would learn a lot. On the other hand, I wasn’t sure I wanted to stop being operational at this point in my career.

So, despite my lack of certainty about Bob and his company, I decided to stay operational and become GM of Bob’s communication’s division. I let Mike, the Managing Partner at the VC fund, know, and we agreed to keep in touch.

You have to be excited by the prospect of executing a turnaround.

My good friend, Steve, was already working in the division I was taking over. Steve let me know that there was a lot of work to be done.

So I wasn’t surprised by what I was getting into. However, Bob kept telling me how great a situation I would be taking over.

Who did I believe? Steve, of course.

I had a pretty good idea of how I was going to attack the situation. There were five steps in the process, and I’ll bet you’ll likely have many of the same steps in your turnaround process too.

Turnaround step one: You need to meet with the team you inherited.

I remember that first meeting with my seven direct reports. They were, to put it mildly, an eclectic group.

I was left with two impressions after that first meeting:

A. Their morale was really low.

No one in the group, with the exception of Steve who was traveling, thought they could do anything well. When I talked to the marketing people, they said, “We’re marketing. Nothing’s expected of us.”

When I talked with the engineering people, they said, “We just produce mediocre products.”

It was just a downer being around these people. The other issue was we were in this big building several miles away from the main campus.

It felt like a morgue.  There was just no energy in the building because it was sparsely populated and we were spread out throughout the building. In between there was nothing but empty cubicles.

My first action was an easy one: Move everyone into the same area, so we could start collaborating together and get some energy going.

Getting everyone together would allow me to see if my second realization was correct:

B. The team didn’t seem that good.

I’ve worked with older teams before that could run circles around their younger counterparts. In this case, it seemed that we had an older team that was just trying to hang on until retirement.

After that first meeting, I met one on one with each member of the team. Unsurprisingly to me, the older team members each tried to play me by talking a great game.

I knew the truth would win out over time, and the truth did win out. At first, their effort was really strong. However as month one turned into month two, and month two into month three, it became clear that the team I inherited would likely have to be replaced.

Turnaround step two: Analyze the simple details of your business.

One of the mantras I’ve seen hold true with every business I’ve been involved in is that, at its core, business is usually very simple. You rarely need to look for complex problems to solve.

Instead you can start by looking for the simple problems that needed to be solved. It became instantly clear that, besides the personnel issues, no customers were aware of the business’ new product introduction.

It took me all of one day to figure out what the problem was. I asked the Market Manager, Michelle, where all the collateral was for the products we’d introduced in the past 12 months.

Michelle said, “There isn’t any.”

I did a triple take. “What do you mean, ‘there isn’t any.’ How do they sell new products without any documentation?”

“I don’t know,” she said. “I just know there isn’t any documentation.”

I was dumbfounded. I wondered, “How can you run a business this way?”

“What about advertisements?” I asked. “What was the last product they advertised?”

“Let me look,” Michelle said. She looked at her database. “It’s been over two years since they advertised a new product.”

This was an extremely fixable problem. At the same time, I was sad. It was like no one cared. Scratch that, no one did care except for my friend Steve.

When Steve got back from his trip, I told him what I had found. Then I said, “You must be going crazy here.”

In parallel with fixing the system problems I found, I started digging into the financials. Again, I wasn’t looking for complicated problems, I was going to start with simple problems.

I didn’t have to look far. Most of the business unit’s products were sold through distributors, so I wanted to look at the distributors “Point of Sale”, or POS, reports for clues. Chris, the Distribution Director, refused to give them to me.

“That’s interesting,” I said to myself. Then I called the VP of Sales and I asked him to provide me with the reports.

“You don’t need that information,” he said to me.

“This is getting more interesting,” I said to myself. I literally had to explain to the VP of Sales why I needed the information before he relented.

Looking at the reports, it became clear that Chris had been, what’s called, “stuffing the channel.” The company recognized revenue when product was shipped to the distributor, not when the distributor sold the product.

Without any checks and balances in the system (and this company had no checks on anything), an unscrupulous manager like Chris could pump up his numbers (and thus pump up his bonus) if he could get distributors to agree to accept more product.

Think of this kind of like a mini Ponzi scheme. You can operate the scheme by shipping more inventory to distributors than they need as long as demand is high. However, once demand drops, look out below.

That’s exactly what happened. I could see that end customer consumption was well below what we were shipping to distributors. Then, inevitably, the distributors started shipping back their excess inventory to us because their contracts allowed them to.

Before revenue bottomed out, we had a quarter where we actually had negative bookings. I didn’t even know that was possible.

What a mess. But again, this was a fixable problem.

It was clear to me that most of the team would have to go. The good news for me was that the company was struggling, and we were planning on doing a layoff.

I took advantage of the layoff to let go of most of the staff. I moved Steve to a central role as my number two, and we were off and running.

My analysis into the products made it clear that they’d gotten into end markets where they had no real competitive advantage. The results were predictable. None of the products were selling.

I now knew everything I needed to do. I set up a meeting with Bob and the CFO to explain to him the recovery plan for the business. I thought Bob would be thrilled, but I was wrong.

I started explaining everything I saw and how to fix it to Bob.

“Now you’ve done it,” Bob said after I explained the lack of collateral.

“Now you’ve done it,” Bob said after I explained the personnel issues.

“Now you’ve done it,” Bob said after I explained the issues with distribution.

Then Bob got up, straightened his tie, and said to me, “I never want to have another meeting like this again with you.”

I realized why I was uneasy with Bob when I met months ago in his office. Bob was all about Bob’s ego being massaged.

Bob was the emperor with no clothes. He literally couldn’t handle being told anything was wrong with his company.

Then Bob fired me. One of the first people I contacted after I was fired was Mike, the Managing Director of San Francisco VC fund. Mike asked me to become an Entrepreneur in Residence (EIR). My mission was to start a new company in the space. The effort led to me starting my own company.

For more, read: What Are The Five Skills You Need To Be A Great CEO?