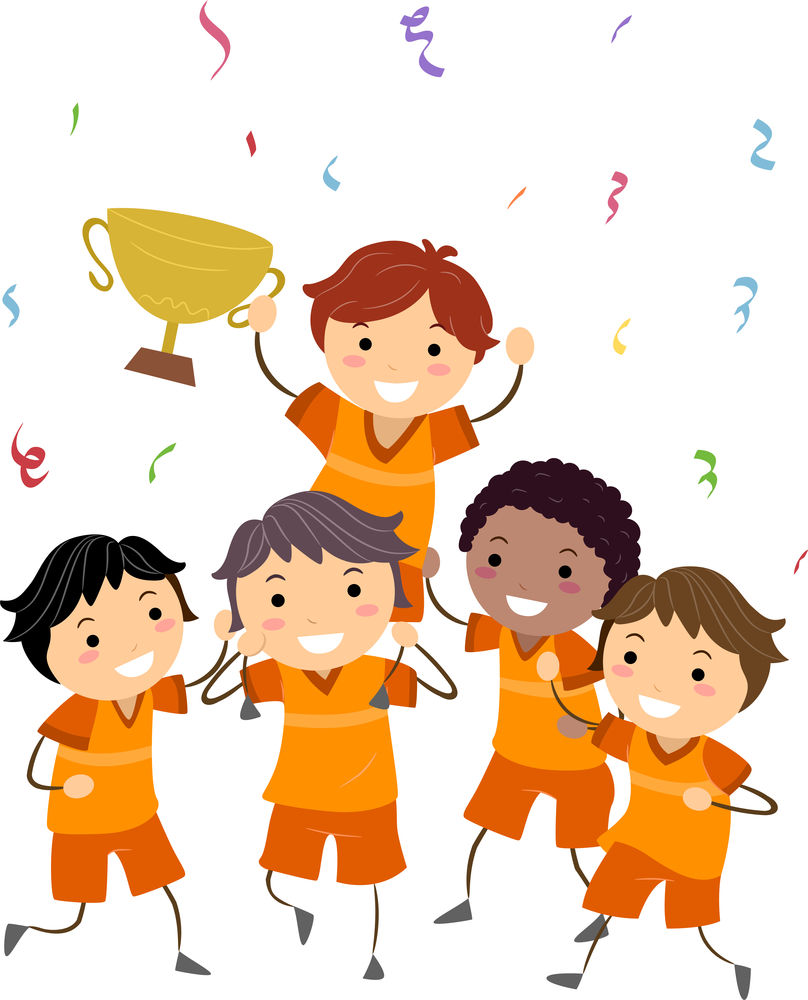 A good friend of mine just a joined a hot startup here in the Silicon Valley. The company is on fire.

The executive team has previously been uber-successful. Revenue is getting near what I call escape velocity. They’ve exceeded their revenue goals every quarter for two years straight.

I think my friend is going to hit it big.

But, lately when I see him, he’s been complaining. Things seem to be changing at his new company, and not for the better. When I ask him what’s wrong he says it has to do with a new executive the company has hired.

The importance of culture on your company’s success.

My friend’s company just hired a new VP, and this new VP is creating havoc. My friend is telling me the new VP is not meshing well with his new team.

According to my friend, the new VP is rude and obnoxious. The new VP appears not to be building confidence with his new team. And the new executive is not shy either; he’s displaying his bad temper in front of the CEO and other senior executives.

Isn’t it amazing how hiring just one person (especially a senior executive) can totally change the dynamics of a company?

My friend is quietly going crazy because this new VP is making life miserable for him and others. I keep reassuring my friend that eventually, eventually, the CEO will get to his enough point and fire the VP. My only two questions are:

That’s why culture is critical to your company’s success.

The realization that culture is critical to your company’s success is nothing new. All the way back in 2002 (ancient times, I know…), James Baron and Michael Hannan published the results of the eight year study of startup cultures called (Organizational Blueprints for Success in High-Tech Start-Ups: Lessons from the Stanford Project on Emerging Companies).

The authors studied over 200 startups. The results of their study indicate that a startup’s culture has a massive impact on the probability of success. In fact, the culture choice of the company’s founders likely has the most impact on a company’s chances of success There are five types of culture that are prevalent in startups. They are1:

Do you want to get your company to some sort of liquidity event be it an IPO or a sale? Then, the Commitment culture is your best chance of success: 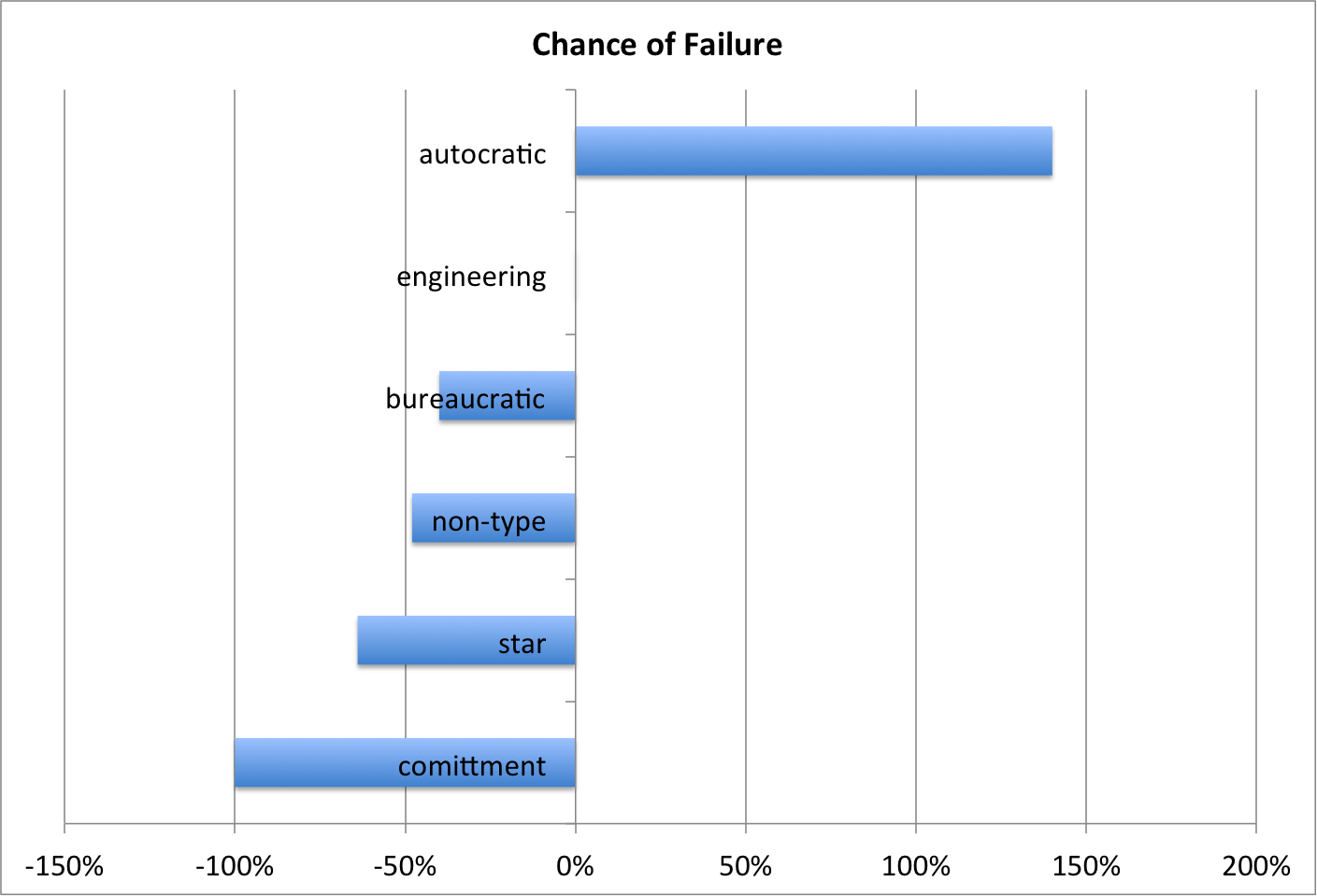 I also know from personal experience that culture is crucial to a company’s success.   In fact, the culture was great at successful companies I worked at.

But is culture really the most important thing? I would have thought money, then idea, then culture, so the results of that information I found were kind of mind blowing.

So why don’t founders think about culture first?

Well, I can only go by own personal experience. The money (or at least the promise of money) came first. I was asked by a venture capital firm to incubate a company as an Entrepreneur in Residence (EIR), so I thought the money was in the bag.

The money wasn’t in the bag. Surprise.

I started my company with two co-founders: Jim and John (not their real names).  I was the CEO, Jim was the marketing guy, and John was the engineering guy.

I knew all the steps that were necessary, and I knew exactly how to implement the steps. But we got tripped up long before we could implement the plan.

We didn’t mesh as a team.

John didn’t understand my value. He convinced Jim they didn’t need me. They quit the company, and started another company built on my idea and plan.

I am sure Jim and John thought they left me for dead. I am sure they thought I would just give up, go home, and move on with my life.

I didn’t move on with my life.

We were successful in raising funding and they weren’t. (For more on this story, read: www.brettjfox.com/what-are-the-eleven-steps-you-can-take-when-a-co-founder-quits/)

I would bet that a lot of companies never get off the ground because of founder mismatch, so you can already see that culture, even in its most basic form, is critical to your success.

And every employee or cofounder you bring on impacts your culture in a big way.   Think about it. Let’s say you have four cofounders, and you are going to add a fifth. That new cofounder will increase your workforce by 20%!

That’s a huge number. So, yeah, every new hire you make is critical. That’s why you also need to let go of anyone that doesn’t work out. Their impact on your culture will be huge.

However as important as the employees are to your company culture (and they are very important), you, the CEO, are the most important influence on your company’s culture.

Another example from my past:

I’ll never forget years ago when I working at Maxim Integrated Products. The CEO,  the late Jack Gifford, liked hiring smart young people. These people weren’t superstars yet, but might become superstars later.

Jack wasn’t afraid to hire brash, outspoken people. He always felt people would get along.

One day I was put on the interview list for someone who had just received his MBA from the University of Chicago, one of the best schools in the country.   Apparently this fellow had written a letter to Jack, so Jack decided to interview him.

The guy was brilliant, and he certainly had looked like he could be a superstar. But he also was a grade A asshole. I wanted nothing to do with this person.

However, hiring him was Jack’s decision, not mine. Jack wanted to hire him, so the company made him an offer. I held my breath.

Thank goodness the offer wasn’t accepted. Sometimes it’s better to be lucky than good, and I knew we/I just got very lucky.

Why? We had a great culture where people worked hard and collaborated. They believed in the company, and they were committed to the company’s future.

When there was a threat to the company, everyone would rally together.  This person from the University of Chicago was clearly not a good fit in our culture.

And here’s the thing. At some point, you will not know when, you and your company are going to be shaken to the core.

What will your superstar team do?

Your team’s belief in the company, and more importantly, their loyalty to the company will be huge determining factor.

Do you really, really want your startup to win?

The most important part of building your startup is not:

Great leaders are always learning how to do things better

Let’s say you realize your culture is more in line with an Autocratic culture. Can you change your culture to a more committed culture?

Of course you can, but it will not be easy.

You, the CEO, are going to have to change

You can’t just decree a new culture. It doesn’t work that way. You truly have to embrace and believe in what you’re doing.

It will take time and consistent effort to get there, but even a slight change is worth it.

Can you do it?

The success of your company depends on it.

Do You Want To Grow Your Business?  Maybe I Can Help. Click here.

1. From: Organizational Blueprints for Success in High-Tech Start-Ups: Lessons from the Stanford Project on Emerging Companies by James Baron and Michael Hannan