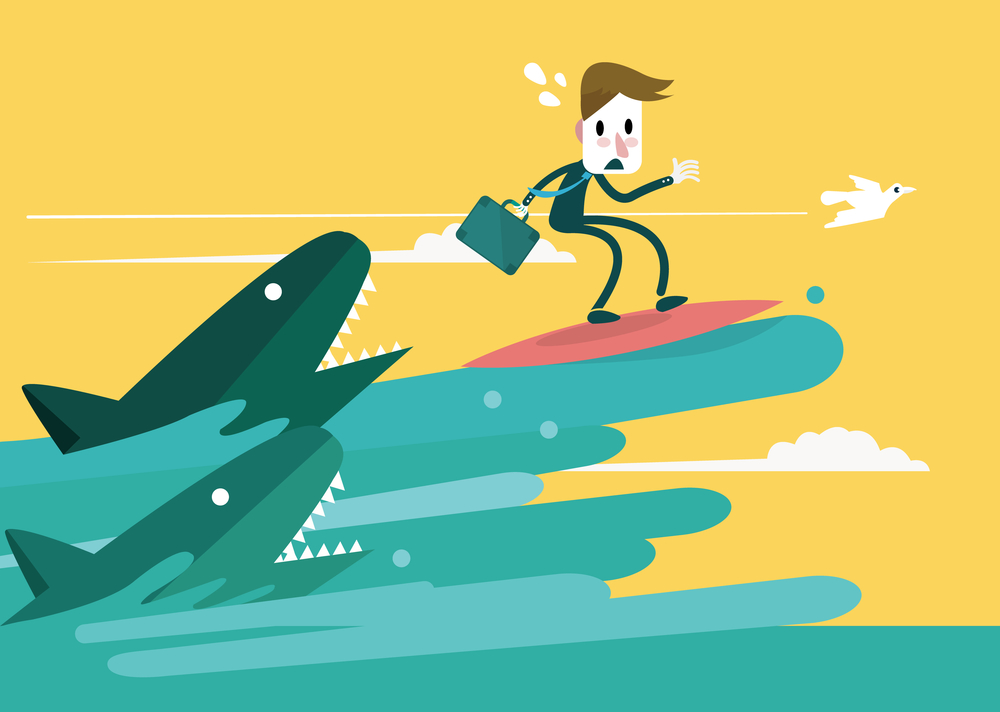 It was surreal when we were raising money at the height of the Great Recession. Sand Hill Road was essentially closed for business for early stage startups for close to one year.

I didn’t plan to raise money at the worst time possible. It just happened.

We started raising money just before the Great Recession hit. When the economy started going down, it didn’t phase me. The downturn was just another obstacle that we would have to overcome.

Maybe I was just naive. Scratch that, I was naive because I had no idea how bad things could really get.

Last year, I watched a documentary where Tim Geithner, President Obama’s Treasury Secretary, was interviewed about the Great Recession. I had no idea how close to the brink of a depression the economy actually was until I heard Geithner’s interview.

I thought about my mindset back then. I went forward because I felt this was our time. I also felt things would get better because they always do get better. Things did get better, but it could have easily been different.

If the Federal Reserve and the Obama administration hadn’t taken action, the economy would have gone into a depression. Then there would have been no way we would have closed our funding.

Yes, you are less likely to get great deal terms, but there are many advantages to starting a company in a recession:

A. The economy will be recovering just as your company is entering production.

The average recession lasts 22 months. That likely means that the economy will be recovering and growing just as you are entering the market.

That’s the upside of starting a company during a recession. You have the wind at your back because of economic expansion.

That’s exactly what happened in our case. By the time we released our first product, the economy was getting better. This is the dream scenario for you because it’s much easier to sell into an expanding market.

B. There is less competition for talent.

You’re flush with funding if you raised venture capital, and the good news is there are likely less competitors to compete with for top talent. Oh, and you likely will not have to pay up either for top talent.

In our case, we were the only company in our space (semiconductors) to receive Series A funding the year we launched our company. If you were an engineer that wanted to work for an analog semiconductor startup, we were the literally the only choice.

And we took full advantage of our situation. We were able to recruit the best engineers in our segment. The bad news is engineers are a conservative lot, so a down economy does make it more difficult to pry engineers away from your larger competitors.

C. Your rent will be lower.

Less competition again means a lower price. But that’s just the beginning of the fun. You can get better terms, and your landlord might throw in some free goodies for you too.

In our case, we saw a space we loved but it was too big for us. “No problem,” the landlord said. “I’ll cut it in half for you and subdivide it free of charge.”

D. Your costs will be lower.

A hidden problem you don’t realize when you’re starting a company is it’s not a given that a vendor will necessarily want to work with you. But a recession makes it much more likely that vendors will work with you because they’re need revenue.

Some of the greatest companies in history have been started in a recession:

Here’s a partial list of iconic companies that started in a recession:

For more, read: The Nine Facts Of Fundraising You Need To Know