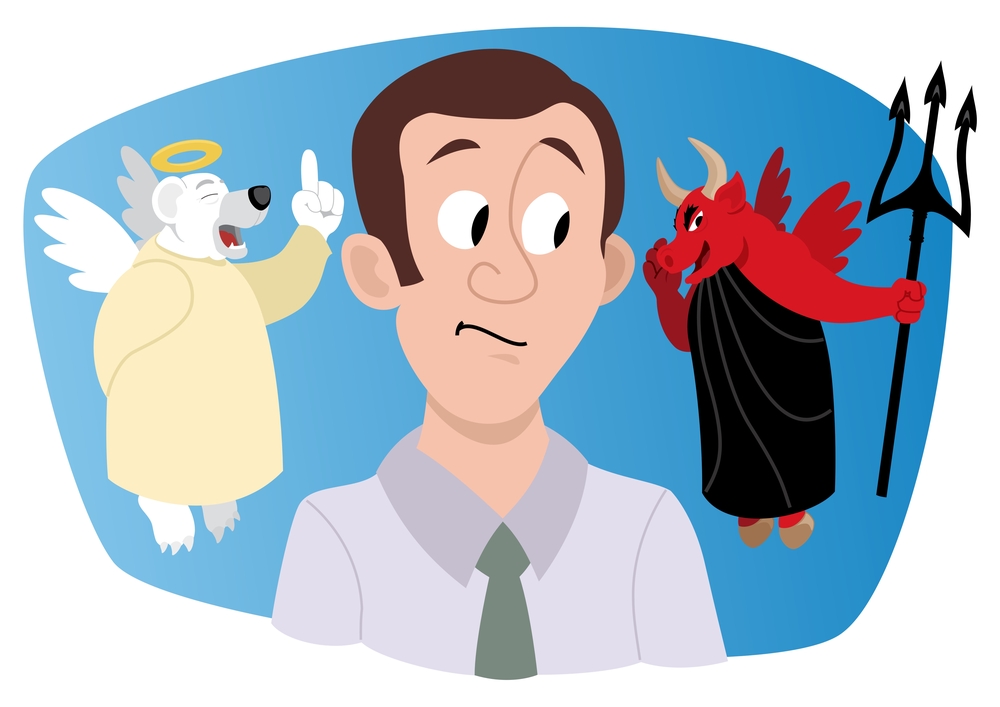 “Do you know who Don Valentine is?” The investor asked me.

“Of course,” I responded. We actually had a meeting the next week at Sequoia Capital, and Valentine, the legendary cofounder of Sequoia, was going to be in the meeting.

“Well, Don Valentine said he would never invest in another semiconductor company after he invested in Linear Technology (which Valentine invested in 1980, I believe). And that’s why I’m not investing in your company.”

I tried not to roll my eyes at his ridiculous comment. Then he concluded by saying to me, “Let me give you a piece of advice, you’re never going to get funded, so just give up.”

You’re going to encounter a lot of naysayers when you raise money.

Ah, the joy of raising money. The fellow, whose father was also a VC, was obviously not a believer in what we were doing.

I’d met his father through Mike, the managing partner at the VC firm where I was an Entrepreneur in Residence (EIR) at. His father hated, I mean really hated, our plan.

I can still hear his comments ringing in my ears, “You’re going to build an Analog business based on second sources! That’ll never work.”

This father/son duo wasn’t alone. There were a lot of investors that had a negative reaction to what we were doing.

The reality was we weren’t like any other semiconductor investment (yes, there was a time when VCs actively looked at semiconductor deals. Remember, Silicon Valley got its name for a reason.). We weren’t the typical one product, moonshot company, that VCs were used to seeing.

You need to have conviction about what you’re doing, and you need to listen to the feedback you’re getting.

Yet, we weren’t doing anything new. We were taking a wildly successful business model of the two most successful companies in our space (Maxim and Linear Technology) and putting our own unique spin on it. I thought, naively, with the team we had, that the majority of investors we met with would be throwing money at us, but they weren’t.

I knew our business model worked. After all, I’d lived it for close to 20 years. But we didn’t fit nicely into a box that investors could get excited about. Thus, the negative feedback we were getting on plan.

What should we do? This is where your belief in your business really gets tested. If we listened to the feedback we were getting, we’d gut our business plan and start over. I knew, in my heart of hearts, that was a mistake.

However, I also knew something was wrong. We weren’t resonating with investors like we should be resonating.

Don’t gut your strategy. Instead look for tweaks you can make.

Fortunately, one of the first VCs I pitched to was Andy Rappaport of August Capital. Andy listed to my pitch, and then he told me, “I like the idea for you company, but you’re going to need to explain your product strategy better.”

Andy was right. He’d identified then missing element. We did need to explain our product strategy better.

There’s the old saying about the forest and the trees. We’d been so focused on the trees that we’d forgotten to explain which forest we were focused on.

I think I met with Andy about four times during our initial fundraising, and each time Andy gave me constructive advice on what was missing. Then, we worked on improving and we got better. Andy never did invest in us, but he helped make us better, and he helped make me a better CEO.

You need to find investors that believe in what you’re doing.

One of the things I misjudged was the lack of familiarity with what we were doing. As I said, I thought every VC would have known of Maxim and Linear’s success, but they didn’t.

That’s why the biggest challenge you have when you’re raising money is finding the right investors. In our case, it was obvious that younger VCs weren’t going to get what we were about because they didn’t have the reference point to understand what we were doing.

The first meeting I had with Gill, he said to me, “I was an investor in Maxim.” I instantly knew he understood what we were doing. It was the same with “Raul,” our other original investor. Raul’s previous fund invested in Linear Technology, so he knew what we were about as well.

You get help indirectly from VCs every time you pitch.

It’s great when someone like Andy overtly helps you. However, that doesn’t mean you can’t still get help from VCs even when they don’t try and help you.

When you develop your pitch deck, you’d like to believe that your points are clear, that your business idea is obvious and easy to follow. Then you realize, after you pitch a few investors that your assumptions are off.

You’re not getting the reactions you though you’d get. The questions VCs are asking indicate that your pitch isn’t as clear and obvious as you thought it was.

You can’t put a price on that feedback.

Final thoughts: It’s all about who’s giving you the advice.

If the advice is from someone credible (not all investors are credible, btw) that truly understands your business, you’ll listen more to what they’re saying. If they’re just pontificating, you should ignore them.

For more, read: What's The One Type Of Investor You Absolutely Must Avoid?