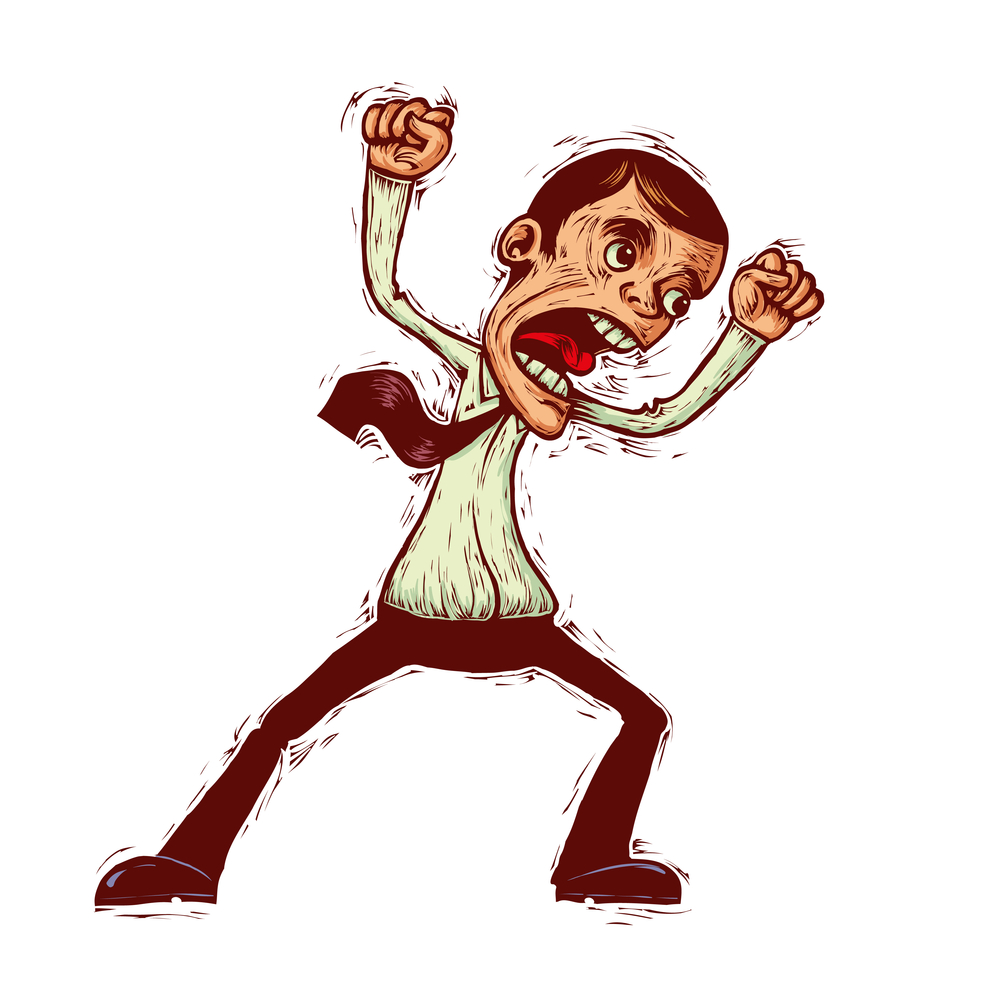 “What?” I responded. Serge’s capitulation said didn’t register on me. It was foreign to my way of thinking. Worse yet, Serge’s company wasn’t doomed to fail. There was a path if Serge choose to take it.

I sighed. There was a tone in Serge’s voice. I’d heard this tone before. And I hated that tone.

If you’re not prepared to fight, then you’ll never make it as a startup CEO.

Maybe I’m being harsh, but Serge’s tone was the tone of a quitter. And I hate quitters! As I said, that quitting thought process is just foreign to my way of thinking that i just couldn’t relate.

You fight until you can’t fight any more. You find a way. Every successful startup CEO I’ve ever worked with is a fighter. And every startup CEO has many moments of truth where their mettle is tested.

Serge had two months of funding left. He was raising money and he had potential investors that were interested in his company.

Investors are expecting you to fight.

“You can’t share your fear with your investors,” my friend and mentor, Dave, said to me one morning over coffee. “They’ll freak out if you show them your fear.”

I nodded my head in agreement with what Dave was saying. I motioned for Dave to continue because he looked like he had more to say.“Your investors can deal with a lot. They know you’re going to make mistakes. They know things aren’t going to go to plan.

“All of that they can deal with. However, when you tell them you can’t do it, or you’re afraid, that’s when (investors) get worried. They’re putting this trust in you. If they feel like you’re going to quit, then there goes the investment.”

If this sounds unfair, then you don’t have the internal makeup to be a startup CEO.

For example, “Ray’s” first moment of truth came when he was trying to close his second round of funding. One of his two existing investors refused to sign the term sheet.

It made no sense to anyone involved. The terms were good for everyone, and the valuation of the company was going to go way up.

Finally, at 11 PM, Ray drove over to the investor’s office and demanded to see the investor. The investor signed the term sheet at 11:30 PM.

Ray’s company is now worth well over $1 billion. However, it would have never gotten beyond another failed Series A company if Ray had just given up.

You need to make every day count.

Yesterday I was Zooming with “Greg”. Greg’s situation was similar to Serge’s. He had about two months of funding left.

Investor after investor passed on Greg. Greg’s options were dwindling. But Greg’s a fighter. I’d witnessed Greg, time after time, fight until he won.

Before I could start our conversation, Greg smiled and said, “I’ve found a lifeline. I suggested to one of my existing investors that they take the round and they agreed.”

Greg had found a way.

I have to admit that things looked bleak for Greg’s company. And I certainly didn’t have a crystal ball, but I felt that somehow, Greg would get funded.

The reason my conviction was strong was that Greg had been spots worse than this before. Each time, Greg didn’t give up. Instead, Greg fought with everything he had and found a way.

It bummed me out that Serge just didn’t have it in him. That was the difference between Serge and Greg.

Investors have a sixth sense about your desire to fight.

Serge’s company had a great idea too. However, Serge wasn’t willing to did deep. I truly believe that investors sensed it, and that was part of the reason they were passing.

When a startup is doing okay, someone like Serge is fine because they haven’t been tested yet. However, when things get tough, the word choice, the voice tone, and the actions of people like Serge give them away.

There was no doubt when you heard Greg’s story that he was willing to dig deep. It was written on his face. More importantly, it was clear in Greg’s actions.

So, I was bummed about Serge. I tried to get Serge to see that he could still save his company. However, I wasn’t successful. Serge was convinced that he should shut the company down.

Maybe Serge still would have failed if he kept fighting. After all, there is no guarantee of success just because you do the right thing. However, at least if you fought to your last breath, you’d never have any doubts about whether you’d given everything you had.