“We’re in the first stage of a three stage fab expansion,” "Bob", the CEO, proudly told me.

It was December 2000, and I was being recruited to run the Communication’s Division of Bob's company. The economic bubble was bursting already, yet here was this CEO boldly proclaiming his company was expanding.

“Do you really think this is the right time?” I asked. “The ‘comms’ bubble appears to be bursting.”

“Hogwash!” (Yes Bob actually said Hogwash). “The market is going to come back strong in 2001. I know it will!”

Nine months later, the company went through a massive layoff.

As much as I want to fault Bob for what was clearly a faulty decision, I can’t do it.

The answer of to scale or not to scale is never, ever clear.

And, it’s even more difficult if you’re running a startup. Scaling to fast can cost you your company if you’re wrong.

The Dangers of Premature Scaling Your Company.

What is the one decision you want to avoid?

At all costs, you want to avoid what I call a “bet the company” decision. A bet the company decision is literally a decision where your company will go away if you’re wrong.

But startups are meant to be all or nothing propositions. Right?

The key is leaving yourself enough runway (cash) to execute the pivots.

It takes at least two to three times longer for a startup to scale than the CEO/founder (that’s you, btw) thinks it will. We entrepreneurs are an optimistic bunch, but your optimism can kill you if you are not careful.

I went through this when I was building my company. I had built businesses like the one I was building before. However, I was still surprised at how long it took to get to scale.

So what do you do? Look for the signs.

You need to look at the micro signs (that’s what your company is doing) and the macro signs (the external environment).

First, let’s talk about the two important micro-signs to look for when you are looking if this is the right time to scale:

In the early days of your company, relentlessly pursuing customer feedback should be at the top of your goals. You need to know why customers are buying your products. And you need to know if you are really easing their pain points.

Just as important, you need to understand why customers aren’t buying, what’s wrong with your product or service, and what needs to be improved.

In other words, you’re looking for that elusive product market fit. Product market fit is kind of like what the Supreme Court said about Pornography. You’ll know it when you’ve got it.

The goal at the early stage isn’t for every customer to love everything about your product. That will never happen. The goal is for enough of the customers to be giving you enough positive feedback that you know you are onto something. And one of the key ways you know you have achieved product market fit is…

B. A repeatable and predictable sales process.

But cold calling and going to meet ups are not scalable. You don’t have a repeatable, scalable process. Yet.

Don’t jump the gun on when you’re seeing a logical and repeatable pattern. This is probably one of the biggest mistakes you can make.

I’d much rather gradually scale and lose some sales in the process, then go all in too early and potentially lose my company. There’s nothing wrong with leaving a little business on the table. You will not give up your competitive advantage.

Be wary of investors telling you, “Don’t worry, we’ll support you.”

Investors love saying, “Don’t worry, we’ll support you.” And they truly mean it…until something changes and they don’t or can’t anymore.

It’s easy to get swayed. Believe me, I know. But you need look no further then the current funding environment for why it’s so important to not ramp up too quickly.

Remember that ramping up burns cash. And cash is the lifeblood of your company.

Usually, markets are moving in relatively predictable ways. But, what do you do when they aren’t? And more importantly, how do you know you’re in a market environment like the bubble of 1999, or the Great Recession of 2008, or the difficult VC fund raising environment of 2016?

The key is to be aware of what’s going on around you. For example, the startup fund raising environment has recently become more difficult. This means that it’s likely going to take you longer to raise money (if you can raise money at all), so your cash is going to have to last longer.

But, how did I know that the fund raising environment has recently become more difficult? This one wasn’t hard. It’s been all over the press and a lot of people in the startup ecosystem are talking about it.

Many times it’s more difficult. I remember raising money in 2008, and the signs there was a problem were very gradual.

However, the signs were there. And, now you have tools like Google Trends to help you. For example, insert recession into Google Trends and look at what pops up: 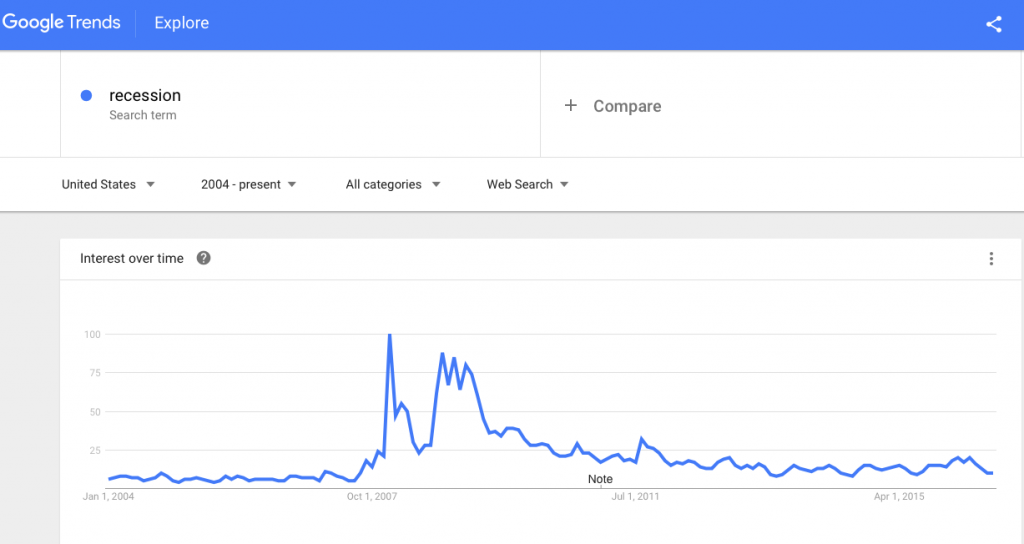 Wow! There it is! Clear as a bell, in January 2008, there was a lot of concern about a recession.

Also, interestingly enough, you could have spotted the Subprime Mortgage crisis too if you were savvy enough. In fact, the signs there was a problem might have been there as early as May 2007: 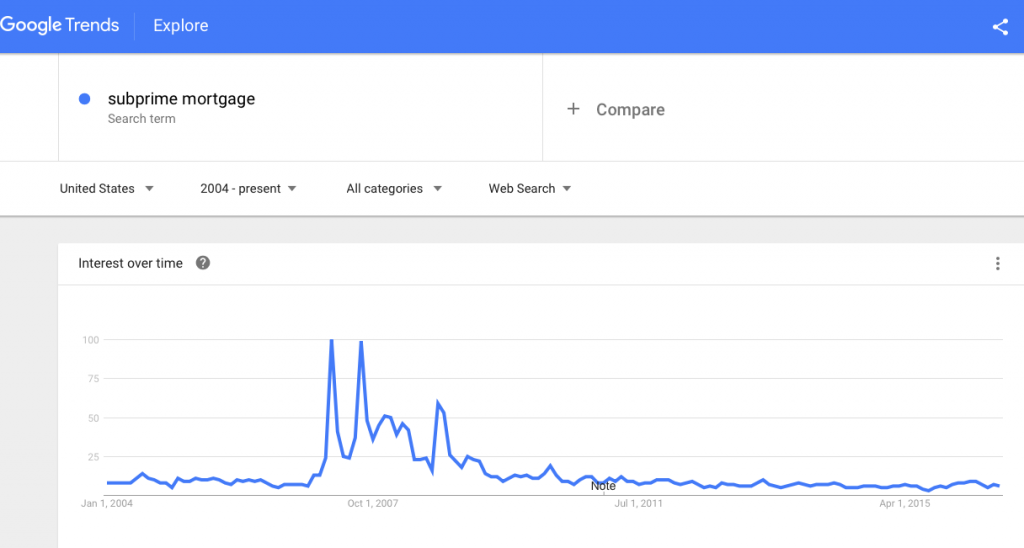 Second, you conserve your cash, always.

Cash is about the only thing you have complete control over as a CEO. And the general rule here is pretty simple.

You may miss the warning signs of an oncoming crisis. Or, maybe the market suddenly turns. Or, maybe you were dependent upon one customer for 80% of your revenue and that customer cancels their business with you.

All of these problems and more can happen.

That’s why you conserve your cash. Especially when you are scaling, you need to watch your cash.

Ask yourself, how much cash is it going to cost you to scale? Will you have any cash left if the scaling doesn’t work as planned?

The key with scaling is expect the scaling not to go as planned. So you need to make sure you have cash to weather whatever follows.

What should be the limiting factor on your growth?

Let’s say the scaling went reasonably well. Your business is growing, and you’re in a good cash position.

Should you continue scaling, and what should be the limiting factors on your growth?

I’ll give you a one-word answer: People.

I’ve seen what dropping your hiring standards can do.

Years ago, I was working for a very successful company. The team was 80% A level players and 20% B and C level players.

The company was able to maintain that incredibly high talent ratio to about $500M/year in revenue. Then, the CEO started hiring outsiders to fill General Manager roles.

The company had previously promoted from within to fill General Manager roles. The newly hired outsider GM’s had two problems:

The CEO assumed that the talent level of the new hires would be the same as in the past. It wasn’t. Many of these new hires were people we would have passed on previously.

It took a few years, but all of these general managers failed. And the company still has not recovered even a decade later.

That’s why you need to make hiring the limiting factor on your growth.

Scaling, as you can see, is tough.

You can avoid scaling mistakes by watching the signs. Watch the micro signs (your company’s growth metrics) and macro signs (the economy) for clues.

Always leave yourself a cash buffer in case things don’t go exactly to plan. Finally, never, ever lower your hiring standards because you will eventually pay the price.

For more, read: How Do You Know It's Time To Hire Your First Employee?