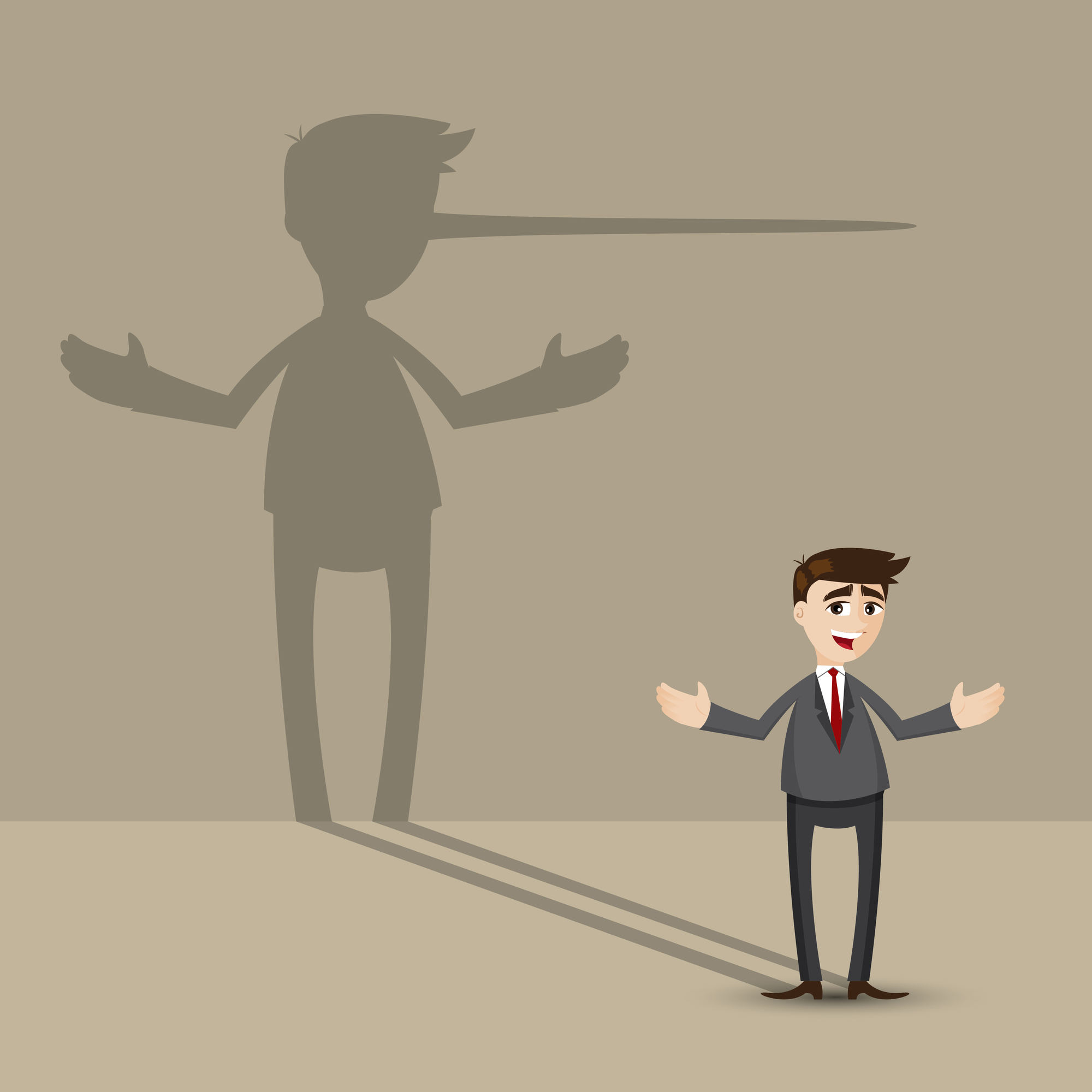 “I think we’re getting really close to getting funding,” I said to myself. We had just had another VC pass, but THE WAY VCs were passing seemed different to me.

Maybe we were getting close to getting funded. More likely we weren't.

But you're so strung out from hearing "no" all the time that you grasp onto anything you can to give you and your team hope.

Was I lying or deluding myself?

I was finally right. But it took two years and 63 VCs turning us down to get there.

So maybe I wasn’t lying so much as I was rationalizing or exaggerating.

The reality is you shouldn’t be lying to yourself about what’s happening.

But we can easily slip into the trap of lying to ourselves.

Then, the lies can come quickly and easily. You can lie that:

All these lies eventually end in heartbreak. Every. Single. Time.

Worse yet, the lies you tell yourself hurt you more than the pain of realizing you were wrong does:

But you can’t be pessimistic either:

That doesn’t work either. You’ll scare everyone away.

So, what is the right tone for you  to strike as CEO?

That’s the tone you want.

It’s really nothing more than the Stockdale Paradox.

The Stockdale Paradox is about Admiral James Stockdale's thought process as the highest ranking American POW held during the Vietnam War.

Stockdale’s story is amazing and inspirational.

Stockdale realized he was going into hell when the North Vietnamese captured him.

Stockdale was tortured more than twenty times. He had every reason to just give up.

Instead Stockdale did everything he could to help himself and his fellow prisoners survive their ordeal. However, the one thing Stockdale didn’t do was delude himself:

“I never doubted not only that I would get out, but also that I would prevail in the end and turn the experience into the defining event of my life, which, in retrospect, I would not trade.”

And that’s the Stockdale Paradox that Jim Collins famously wrote about in his classic book, Good to Great:

“You must retain faith that you will prevail in the end, regardless of the difficulties.

AND at the same time…

You must confront the most brutal facts of your current reality, whatever they might be.” Jim Collins

None of us are likely to go through the hell that James Stockdale did. However, the Stockdale Paradox perfectly sums up what it’s like to found a company.

Much of your existence as a startup CEO is going to feel like hell:

And, just like Stockdale, you’re not going to ignore what’s going on.   You’re going to fight and be brutally honest about your situation, but…

Just like Stockdale, you have to believe that you’re going to survive.

I worked with a cofounder that was just like the POWs that didn’t make it.  His name was “Eric.”

Eric was always thinking the next VC was going to be the one that was going to fund us. Eric was sky-high after each VC meeting.

Then Eric went into panic mode when a VC passed. The conversations went something like this:

“Brett, nothing’s working. We’re never going to get funded! We need to change our strategy!”

Then I would talk Eric off the ledge until the next time we got turned down.

And you already know what happened next, don’t you? We got funded of course.

What is the difference between belief and lying?

I’ve told the story before of the Pollyanna CEO I worked with years ago. He never wanted to hear any bad news.

And, the Pollyanna CEO liked to, figuratively, shoot anyone foolish enough to tell him bad news. I learned that the hard way when I told him all the problems that I was going to fix in the division he had just hired me to run.

You have to accept your situation for what it is. The Pollyanna CEO couldn’t do that, and that eventually cost him his company.

The difference between being delusional and Optimistic Realism is accepting your current situation for what it is:

Where Does Survivorship Bias Come Into Play?

Stories like James Stockdale’s story of surviving being a POW are great. And their stories inspire us to keep on going.

That’s survivorship bias. You believe that you’re going to survive because Stockdale survived.

The reality is you may still fail even if you do everything right.

“Great band. Good people. There are so many reasons why bands don’t get further then they do. Many of them are out of their control.” Mike Mills, R.E.M.

Mills was responding to a question on twitter about why the band, Guadalcanal Diary, didn’t succeed.   But his quote could easily be about any startup.

You can only control yourself. That’s the reality.

I told myself when we were raising money that I wanted to have no regrets if we were unsuccessful. I also felt that we would eventually be successful raising our funding.

I was right. It took over two years and 63 VCs passing on us, but eventually I was right. However, I could just as easily have been wrong.

The truth is we got lucky. All the stars had to be aligned for us to get funded. We could just as easily failed through no fault of our own.

Optimistic Realism gives you the best chance of success.

You will face many hurdles on your startup journey. Being realistic about your current status is crucial to your success.

Realism is how you will continue getting better. Then, throw in the optimism of know that you will eventually succeed gives you the best chance of having the grit necessary to survive.