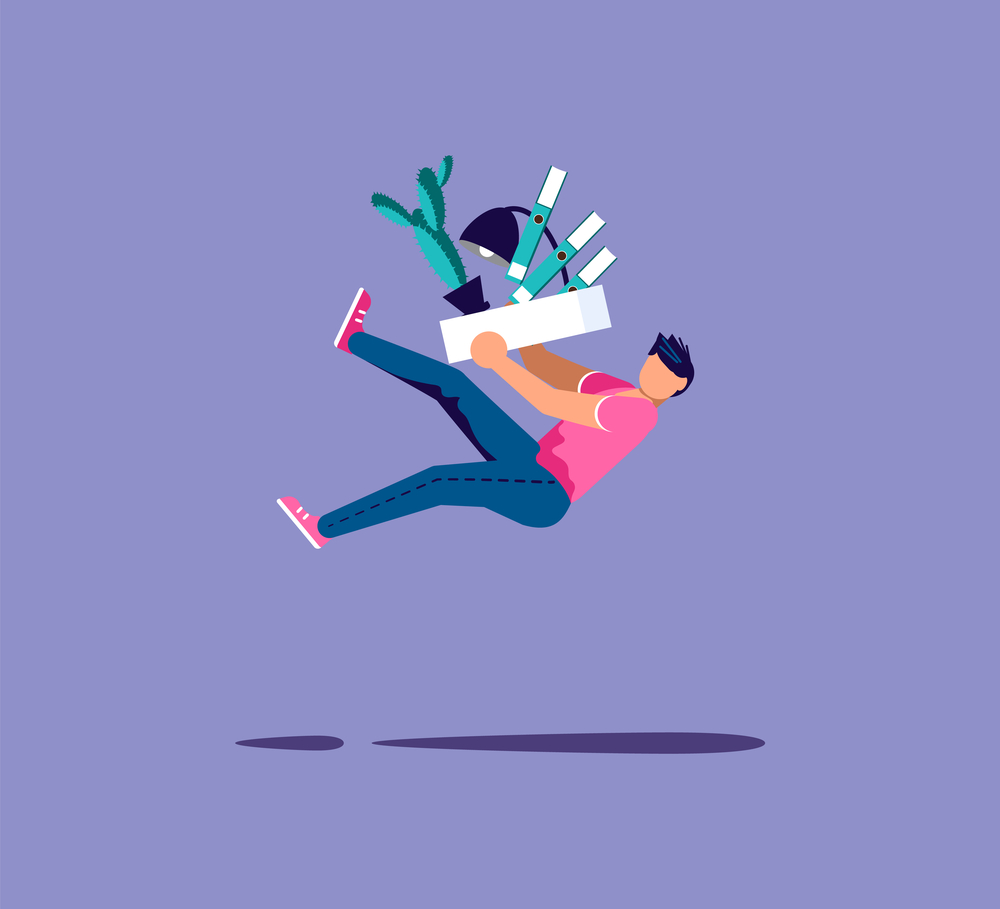 “That is sacrosanct,” one of our investors, “Raul”, said to me. I had just told Raul that we were going to perform a layoff as part of our next funding round.

Raul was pleased to hear me state the obvious. We needed our funding to last at least 18 months, and, with the money we were likely to raise, the only way to do that was to layoff part of the staff.

Layoffs are your fault, not your employees fault.

I, on the other hand, was bummed. These were really good people that I was going to let go. Their lives would be changed forever, not because they had done anything wrong, but because I had failed them.

Nothing sucks more than laying people off or firing people.

You should start at the top of your organization, not the bottom.

My first step was sitting down with Tina, our controller, and figuring out exactly how much salary we needed to cut to get to our number. It’s a simple answer, but it’s not a straightforward answer, because you need to factor in the overhead associated with each employee.

After I had the amount of salary we needed to cut, I met with my direct reports as a group. I told them that we needed to cut $1M/year in salary in order for our new funding to last us at least 18 months.

I didn’t want to make the layoff decisions in a silo kind of way. I’d been through that earlier in my career at Micrel.

During the Micrel layoffs, each manager was told they needed to cut at least 15% of their workforce. It didn’t matter whether you were running lean or not, everyone had to cut. Inevitably, management was spared, and it was the entry level employees that were cut.

We were 35 people strong at this point, so everyone in the company knew everyone else. I went around to each of the VPs, except for the one who wasn’t in the meeting (I’ll get back to him in a second), and I asked them if there was anyone that was underperforming.

We ended up with three people. Their terminations would save us $570K. We still had another $430K to go.

“’Tommy’ will be leaving us,” I told the team about our underperforming VP Sales. “That will save us another $250K. We still have to cut one more person.”

The toughest cuts you’ll have to make are where the employee is doing really good work.

Every organization was cut to the bone at this point. The number of employees you need in an engineering company like ours is driven, except for sales and marketing, by the number of engineers you have.

Jeroen, our VP engineering, had cut one underperforming engineer. Jeroen’s cut rippled through the supporting organizations including layout, test engineering, and applications engineering.

We had one too many applications engineers, so Adolfo would have to cut one more person. I asked Adolfo who he wanted to cut, and he made the decision.

“When are we executing the layoffs?”Dave asked me.

“The day after tomorrow,” I said. Tina will get the paperwork ready, and I’ll do this with you. Tina will help with the schedule.

You should be present at every one of the layoffs.

I didn’t sleep much the night before the layoffs. Just like the other times I’d had to let people go, I was dreading this.

But we had to do this. If we didn’t, our funding wouldn’t last long enough, and our chances of success would go way down. That didn’t make it any more pleasant.

So, I sat through five meetings with people that had done everything we’d asked them to do. The worst one was with “James,” one of Jeroen’s design engineers. He asked me if he could come back after we had enough funding.

I cringed. “I’d love to tell you yes, but don’t plan on it. You need to go on with your career like we don’t exist.”

Your work’s not done once you’ve completed the layoffs. You still have to talk with the rest of your team.

As soon as the last layoff was done and the employee had left the building, I met with the rest of the company. I told them we had to lay these people off as a condition of our new funding. I also fell on my sword and said the layoffs were my fault.

I also wanted to reassure the team that there were not going to be any more layoffs. This was it. I then asked the team if they had any questions.

No one had any questions.

I told them that if they wanted to go home and decompress that was fine with me. It was around 11AM. I don’t think anyone went home. But all I could think about was that I still had to be there for another 7 hours.

I finally made it home around 7PM. Blossom asked me, “How’d it go?”

“It was as horrible as I expected it to be,” I said. Blossom could see I was distressed, and she gave me a big hug. “You did what you had to do,” she said.

And that’s how it should be. You should hurt a lot when you have to lay someone off. The day it doesn’t hurt, you should quit being CEO.

For more, read: What's Your EQ And Why It Matters