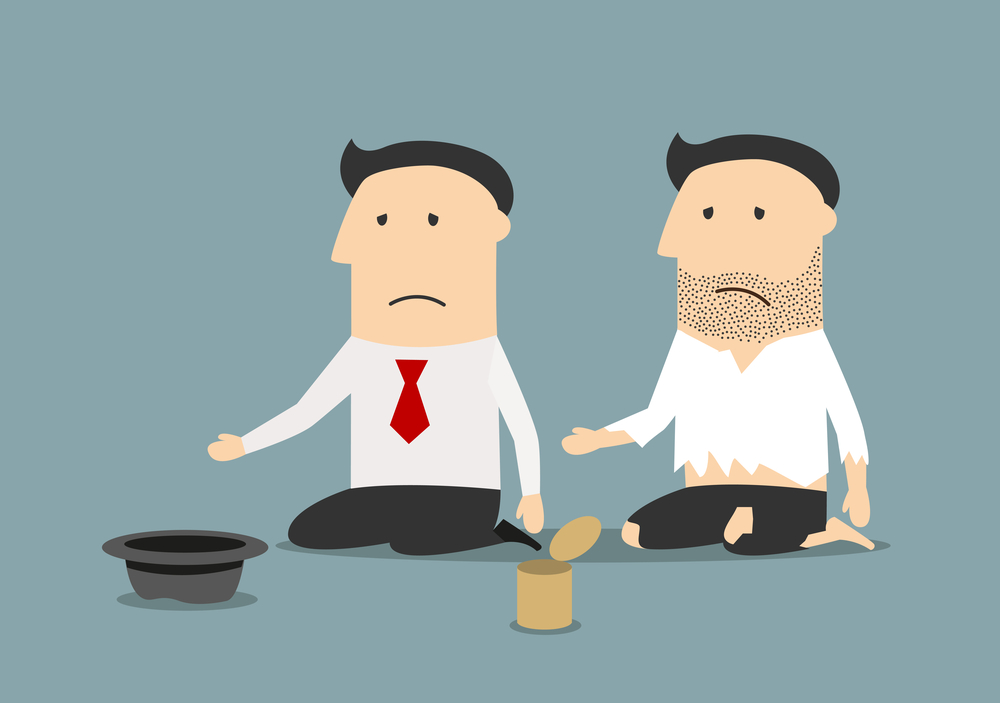 “How long is the new funding going to last you?” I asked “Sam.”

Sam said, “About one year.”

“Why don’t you ask for more money?”

“We’ll suffer too much dilution if we do that,” Sam said.

You don’t want to get caught in the doom loop of not raising enough funding.

I nodded my head.

“I understand where you’re coming from. And your thought is that if you raise less money now, you’ll be able to raise more money later at a higher valuation.”

“What if you can’t raise any more money?”

“What do you mean.” Sam said. “We’ll be able to raise more money later in the year.”

“Maybe, but maybe not. You’re trying to raise $6 million, so you’re dealing with VCs.

“The problem is your potential investors know that your funding is only going to last you one year. That means, once you close this round of funding, you’re going to have to start raising your next round of funding….”

“No. I’ll start raising the next round in six months.”

I sighed deeply. Then, I said. “That’s the problem. Your potential investors know how long it takes to raise funding. They aren’t going to fund you because you’re not going to have enough time to raise your next round of funding; especially if you wait six months.

“Fundraising typically takes about six months, but it can take much longer. Hell, it took me two years to raise a round. You’re increasing the risk of failure, and that’s something investors will not agree to.”

“But I don’t want to raise more money because of the dilution,” Sam said.

You want to do everything you can so your funding lasts at least 18 months.

“Your alternative, if you don’t want to raise more money, is to slow down your (cash) burn, so your money lasts longer. Ideally, I’d like to see it (the money) last at least 18 months or more,” I said.

Then I continued. “My worry is that you’re not going to raise any money if you only have a 12 month runway. I faced a similar challenge when I was raising our “B” round. I needed to show the money was going to last 18 months.”

“I’ve got to think about this,” Sam said to me.

You may not have a choice if you’re just starting out or raising small amounts of money.

Maybe your situation isn’t like Sam’s. Sam has a greater than $1 million ARR business that needs venture funding.

Let’s say you’ve just released your MVP, and you raised $50K from friends and family to get started. That money is almost gone now, and you need to raise more to keep going.

Let’s further say that you need $300K to run the company for the next 18 months. However, you haven’t made enough progress yet for a group of angels to fund $300K. What do you do?

When you’re in perpetual fundraising mode, you’re raising small amounts of cash to get you through the next six months or nine month increments of time. You’re likely using some sort of convertible note, like a SAFE note, so the round is not priced.

By definition, you’re underfunded when you’re in perpetual fundraising mode. It’s not ideal, but it’s likely the only option you have. So you deal with it.

However, your goal should be for each mini round of funding last longer than the previous round of funding. This reduces your risk, and lets you focus on running you company.