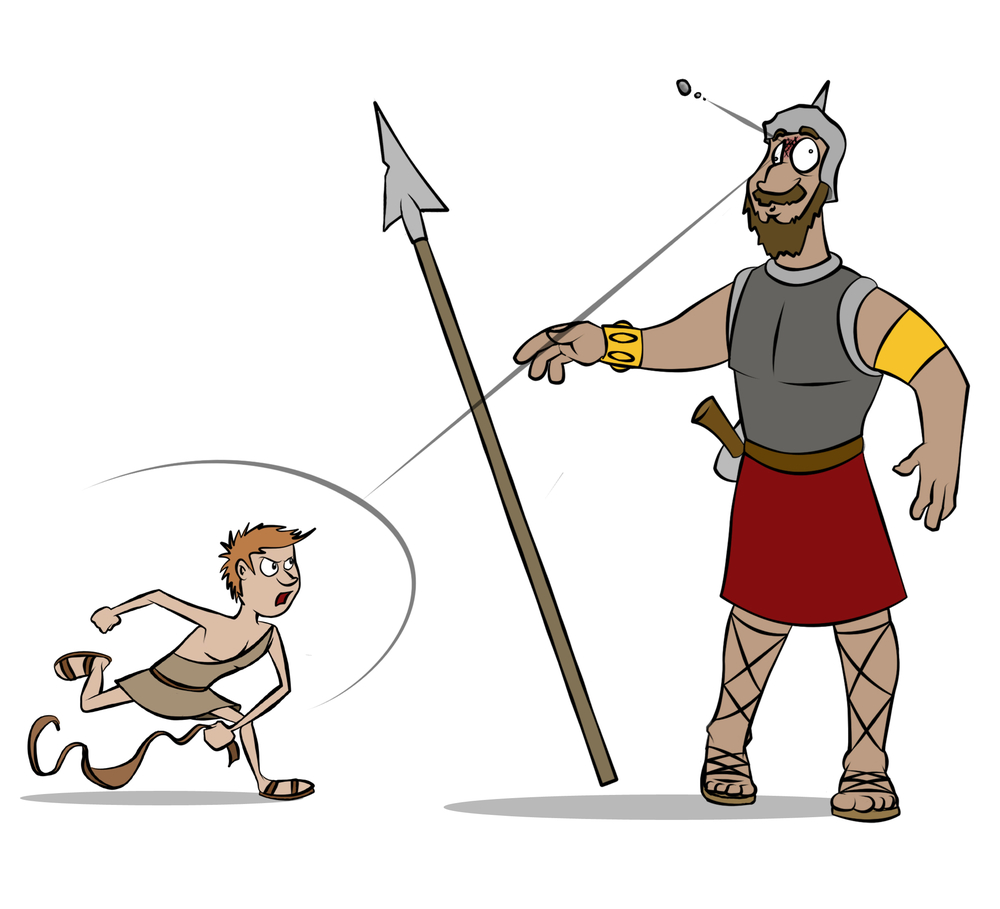 “You’re going up against Texas Instruments, Analog Devices, Linear Technology, National Semiconductor, and Maxim,” the Venture Capitalist, Jim, said to me. “These companies have all been in business for over 20 years. How do expect to compete against them?”

Jim’s question was almost more of a statement than a question. After all, these companies all had market caps over well over $1B. And every company had yearly revenue of over $1B/year.

These companies were behemoths. They were giants with excellent engineering, great brand recognition and good products. Jim was right. How do you compete against that!?

Rule number one of competing against large companies: You need to reduce the number of competitors.

I’d been in the semiconductor business for years before I started my company. I had started multiple businesses and product lines against these same companies.

For example, there was no way we wanted to compete against Texas Instruments and National Semiconductor (note: TI eventually bought National). TI and National had the reputations of being unfriendly competitors that would destroy markets by bombing prices.

So it was a pretty easy decision to decide that, in the >$50B Analog IC market, we would avoid TI and National. Instead we felt good about competing against Analog Devices, Linear Technology (note: ADI eventually bought Linear) and Maxim.

The companies were more friendly competitors that usually wouldn’t reduce prices to keep market share. Instead they competed on the quality of their products. That was a battle we thought we could win. That leads to…

Of the three companies, Linear Technology was the company we felt the best about competing against. Linear was unbelievably disciplined in their pricing strategy. They would never, ever drop their price. The result was company with gross margins of over 70% and net margins of over 40%.

More importantly, we knew from looking at Linear’s product portfolio (and Analog Devices’ and Maxim’s too) that there was an opening to compete and build a large company that focused on extremely low power products. We had developed some unique, hard to replicate, technology that the other companies didn’t have.

By the third generation of products we developed, our products were literally 10X to over 100X better than ADI’s, Linear’s and Maxim’s products. That 10X to 100X better bar is where you need to be if you’re going to stand out against entrenched competitors.

Revenue and customers built at a nice clip. We knew that our competitors were aware of what we were up to, but they hadn’t countered our moves.

Rule number three of competing against large companies: Use your size to your advantage.

You can learn from the mistakes of the companies that have come before you. You can also adapt to the changes in the market dynamics faster than your larger competitors.

I already explained how we took advantage of market changes on a product basis. We also took advantage in the shift in how customers learned about products and bought products.

All of our larger competitors had bloated sales forces that were much larger than was necessary in today’s on-line world. Because we were starting from scratch, we could build a sales and marketing organization for today, not the past. The result was we were much more efficient than our competitors.

So there you have it. You can successfully compete against larger companies. They keys are reducing the number of competitors, competing on your terms, and using your size and nimbleness to your advantage. Do these three things well, and you’re on your way to success.

For more, read: What If Facebook Enters Your Market?