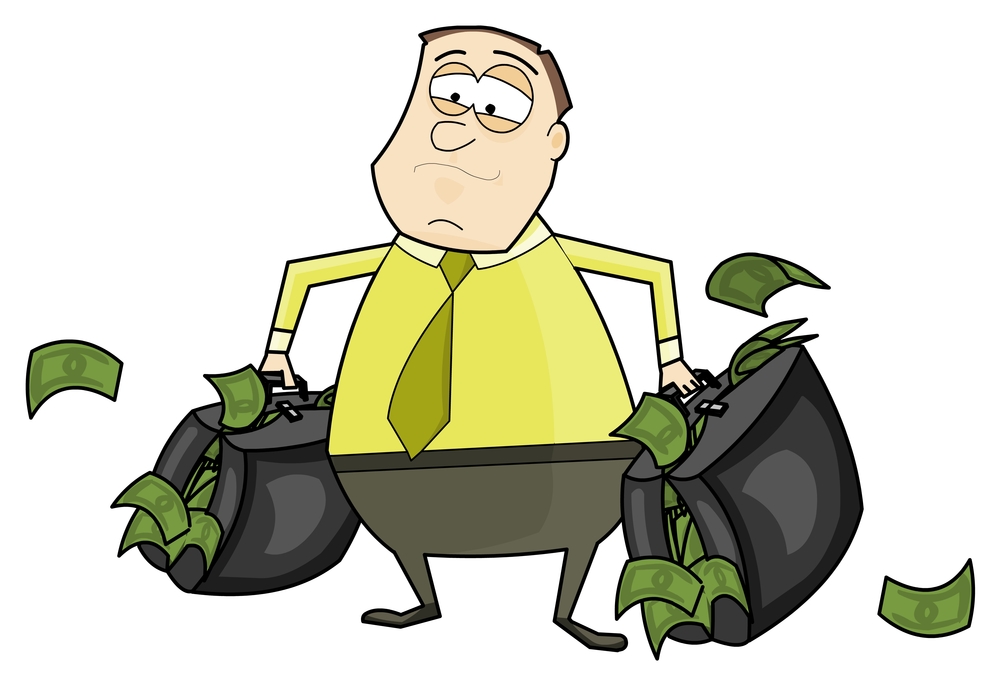 “With this next round of funding, we’re going to valued at $1.5 billion,” “Ray,” a CEO I’m working with, said to me the other day.

“That’s awesome!” I said. “Congratulations. I remember how hard it was at the beginning. You’ve come a long way.”

You have to start with a game changing idea.

Working with Ray has been a wild ride.

I met Ray through a mutual friend, Aric. Aric asked me, as a favor to him, to help Ray start his company.

That’s the first step to building a $1 billion startup. In order for any small company, let alone a startup that has billion dollar aspirations, to win, you have to have an idea that allows your company to break through the noise.

Ray had that idea.

Then your game changing idea needs to get off the ground.

As Ray and I talked outside a Starbucks in Los Altos, I became more intrigued. “So, what’s your plan?” I asked him.

In Ray’s case, his idea was capital intensive, so he needed money right away to get off the ground. Normally, this is next to impossible for most startup founders, but Ray had two things going for him:

When Ray first showed me his revenue plan I said, “You’ll be the fastest growing startup in (the history of your segment) if you do half as well.”

I was worried that the numbers were too good to be true. To his credit, Ray wouldn’t change his numbers. He knew the potential.

Ray developed his pitch deck, and with my help and Aric’s help, we introduced him to potential investors. It was tough sledding.

There were some investors who didn’t get what Ray was doing. That is normal when you’re trying to change the world.

There were other investors that said it was too early for them to invest. This was most of the investors I introduced Ray to on Sand Hill Road.

After several months of turndowns, there were two offers on the table. One from Angels for about $3.5 million. And another offer from VCs for $6 million.

The problem was Ray didn’t feel comfortable with the VCs, and neither did Aric or I. We recommended Ray take the angel deal and go slower. Ray took the VC deal.

We all held our breath.

Then you need a team to help execute your game changing idea.

Ray’s investors were not the best.

My dad liked to say that everyone’s money is green. And he’s right. The investors money was green. However, what came with the green was a lot of extra drama which I’ll get back to in a bit.

Ray’s first challenge, after raising his funding, was building his team. This was part of the reason he was able to raise money.

Ray had a strong technical team recruited and ready to go after the fundraising. Many of the engineers were people he had worked with previously, so risk was reduced.

This first thing Ray and his team needed to do was show in software that the product could actually deliver the performance Ray claimed. I know this doesn’t sound like much, but this step was so significant in Ray’s case that he would be able to raise his next round of funding if the results were good.

Then you need more money.

Back to Ray and his investors.

Ray needed more money to start building his product. While his investors agreed with him, they tried to strong-arm him into accepting a very high dilution deal from them.

Ray passed on their offer, and then he started contacting the same group of VCs that passed on his first round of funding (remember, there’s always another round of funding). This gives me the excuse to tell a quick story about the craziest investor meeting I’ve ever been to.

Ray asked me to go with him to meet an investor at the Beverley Hills Hotel. The investor was the son of a Sheikh.

It was in September, and the investor had literally just come from Burning Man. We get to the conference room before he does.

After waiting for about fifteen minutes, he finally shows up. He is wearing jeans and a dirty white tee shirt. He has a beard, his hair is shoulder length and he's wearing a cowboy hat.

The young son of the Sheikh greets us in the traditional way. “Salam Alaikum,” he says as he hugs Ray, then me. We respond, “Wa Alaykum as-salam,”

Ray gives the son of the Sheikh a short update on the progress the company has made. He’s impressed with the progress.

The meeting lasts maybe thirty minutes. Every five minutes or so, the young son of the Sheikh reaches into his pocket to smoke a juul like device. It doesn’t smell like tobacco or marijuana. In fact, I can’t figure out what it is he’s smoking.

“You guys are changing the world with what you’re doing,” he says. “I want to invest. How much are you raising?”

“I’ll take the whole thing,” the son of Sheikh says.

The meeting ends, and we embrace again.

The first words Ray and I say to each other are, “What the hell was he smoking?” Then we laugh. The investment never happens because the Sheikh decides he doesn’t want his son trying to play angel investor.

Back to our story.

It took about three months before Ray had a term sheet from a really good fund. For over one week, “Larry” and “Jerry,” Ray’s existing investors, made crazy demands. Ray and his investors were never going to get a better deal, yet they were in danger of snatching defeat from the arms of victory.

“Dan”, the new investor, finally had enough. Dan had made reasonable concessions to Larry and Jerry, but they still wanted more.

It was that close. You need a little luck along your journey, and Ray just got it.

Then you need build your product or service.

Now the pressure was really on Ray and his team to implement the hardware. Again, I felt really good that Ray would execute.

There were a few glitches, and a couple months behind schedule Ray delivered the first hardware version of his product. The question quickly became, “Would the dogs (customers) eat the dog food?”

Then you need to sell your product or service.

The customers for Ray’s company were large, complex organizations. And the order size was millions of dollars per order. So, Ray’s customers would be taking a big risk buying from an unknown supplier.

Ray’s ace in the hole was his product literally was 100 times better than the competition. Ray could show his customers the performance improvement his product would give their system.

It was an easy sell. Million dollar orders started happening.

Ray raised his next round of funding in three weeks. The drama was gone. Greed had now entered the scene.

Then money starts chasing you, and the value of your company goes over $1 billion.

“How are things going?” I asked Ray during our catch up call.

“With this next round of funding, we’re going to valued at $1.5 billion,”

“That’s awesome!” I said. “Congratulations. I remember how hard it was at the beginning. You’ve come a long way.”

So there you have it. In four quick years, the story of a unicorn. You need a killer technology, a great team, a huge market, greed, and a little luck. That is how you become a unicorn.