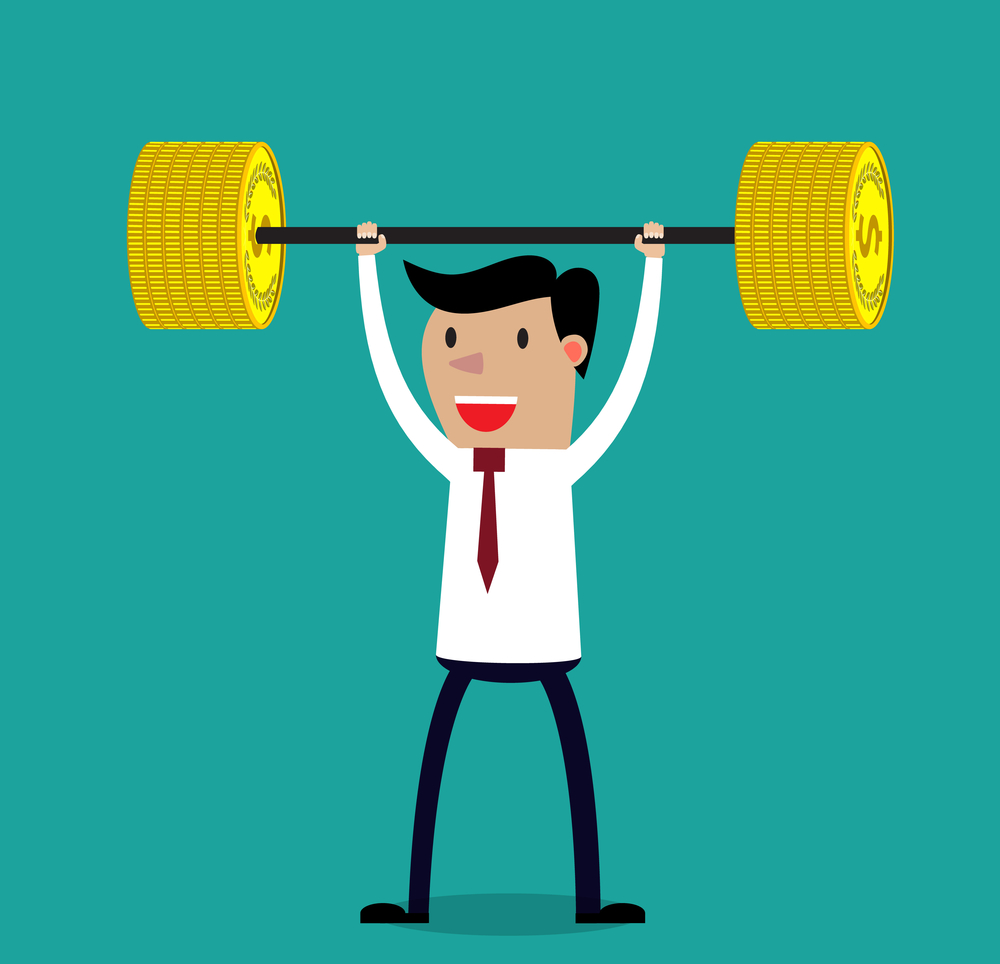 “I’ve founded three startups, and I’ve never had one that was profitable,” a friend of mine was telling me. You’d think he was a failure based on that statement.

But my friend is part of bygone era where you didn’t have to worry about getting a company to cash flow positive. The investor money just kept flowing.

Today it’s different. No longer can you count on investors funding your next round. And you never could if you were bootstrapping. You had to count on yourself.

You have to manage your bottom line. You can’t just spend.

I am curious too see what my friend will do because the world has changed.  Will he keep spending freely or will he manage his bottom line?

If only it were that simple.

Here’s the challenge he faces:  How do you grow quickly, hire the best people, and manage to a tight budget all at the same time?

Can You Have An Abundant Mindset And Be Frugal?

You don’t want to starve your business.

I was in a meeting in the large conference room in our office. Two of the co-founders of the company, Ken and Randy (not their real names), were pitching me on the necessity of spending over $300,000 on an inventory management system.

The pitch was a typical “rabbit out of the hat” pitch. Ken and Randy went through the various options we had. They rejected using Oracle’s multimillion dollar system as too expensive, and they rejected using a combination of Quickbooks and Excel as too “buggy”.

To their thinking, this left us with only one option: The $300,000 inventory management system. There was just one slight problem:

We hadn’t shipped anything yet! We were eight months away from launching our first product!

We didn’t need to spend the money.  For the moment, Quickbooks and Excel would do just fine.

We saved $300,000 just by using common sense.  In fact, we wouldn’t need a more complex system for years.

About one month later, we were interviewing a potential customer service manager, and Ken took her to lunch.

The next day I received Ken's expense report.   There was a charge for lunch as I expected.  Then there was an additional charge I didn’t expect:

I was incensed.  Now, you can argue that Ken had every right to charge the one mile round trip to and from the restaurant to the company.  But, that’s not the spirit of being frugal.

You could further argue that maybe Ken needed the money.  He didn’t.  He was a millionaire many times over.

I decided to bring up the issue at our next staff meeting.  I spoke about the necessity of determining what kind of company we were going to be.

Then, I brought up the issue of expense reports and mileage expenses.  Without saying it was Ken, I talked about the mileage issue.

“We’re a startup,” Randy exclaimed!  “We can’t do things like (charging one mile trips) that!”

“But I thought we said we were going to charge everything we could to the company!” Ken said looking directly at Randy.

Before I could say anything, another co-founder, Adolfo said, “I’m going to watch my wallet with you two.”

I knew what needed to be done.

Soon thereafter, Ken and Randy were no longer with the company.

You have a choice as a small company: Are you going  to spend frivolously on things you don't need, or are you going to be appropriately frugal?

Being appropriately frugal means saving money on things you can save money on.

A.  Buy all your office furniture used or get it for free.

B.  Buy all your test equipment used.

We bought everything in our lab second-hand. The equipment was perfectly fine, and we saved a bundle of money.

This is an obvious one, but I’m still surprised at how many people don’t do it.

There are many more you can do, but setting the tone of frugality is contagious. The rest of the team automatically starts thinking of ways to save money when you lead by example.

On the flip side, spend money where you need to spend the money. Your situation is likely different, but we spent on:

A.  Hiring the best engineers we could.

High quality engineers are a scarce commodity in our industry (high performance analog ICs). We spent what we needed to spend in order to hire A players.

B.  Having the appropriate software and tools for the engineers.

Releasing a hardware product costs a reasonable amount of money and time, so the more first-time successes the better. We never scrimped on the verification tools our engineers needed.

C.  Get Good Healthcare Coverage For Your Employees.

We wanted our benefits to match up with our larger competitors. So we gave our employees great healthcare options.

And then we ate the cost increases as premiums rose each year to keep our employees costs low.  This was a big selling point when recruiting new employees.

D.  You Should Spend Money On Marketing.

Our business model was predicated on having thousands of customers buying from us, so we spent on acquiring customers. At the same time, we negotiated great deals with the various trade publications in our industry.

But the appropriately frugal mindset never changes once it’s established.

One of my favorite meetings was the weekly manufacturing operations meeting.  Dave (who ran manufacturing) and Shoba (who ran test engineering) were so on top things that it was really fun for me to watch them seamlessly drive manufacturing.

As revenue kept growing, we kept revisiting the question of when we needed to switch over to a true manufacturing operations system.  Dave was so efficient that the crossover revenue number kept getting higher.

Do You Want To Grow Your Business?  Maybe I Can Help. Click here.