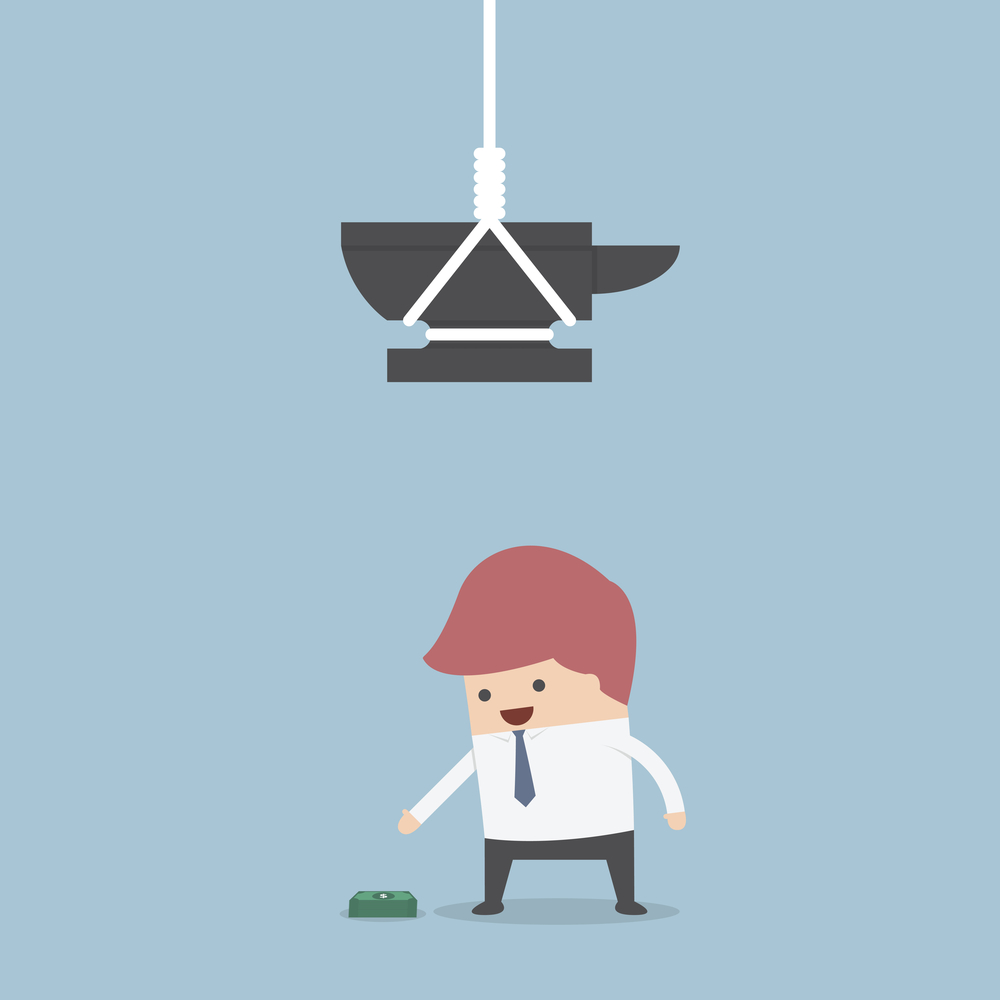 “It’s the suckiest thing about being a startup CEO,” I said to “Bill”. I could see the sadness written all over his face.

“I can totally relate because I went through the same thing,” I said. “The people you start (your company) with are not necessarily the people you finish with.

“I know,” I said. “I’ve been there. But you’ve got to do it. You’ve got an obligation to the rest of the company and your investors to do the right thing.” And make no mistake, the right thing was to have his co-founder leave the company.

The crazy thing is I’d had this exact same conversation with two other CEOs in the past week. That’s why the hardest lesson you need to learn as a startup CEO might be:

A. You’ll likely have to fire at least one of your co-founders.

I know it sounds unbelievable to you; especially if you’re just starting out that one of your co-founders might not make it. I know you feel like you and your co-founders are thick as thieves.

I get it. I felt the same way. I would have never thought that I’d have to move on from two of my four co-founders, but they were gone within two years of us getting funding.

And, if you think I’m biased because of my own experience as a CEO, that’s not true. Over fifty percent of all founder relationships, based on my work with startup CEOs, end up in failure.

It’s just the facts. If losing your co-founders isn’t the hardest lesson you need to learn as a startup CEO, then maybe this is:

B. Getting a Tier 1 investor might not be the savior that you think.

I can still remember telling my dad how important it was that we have Tier 1 investors. My dad just laughed and said, “Everybody’s money is green.”

Oh, how right my dad was. Tier 1 investors are the Sequoia Capitals of the world. However, you know what they say, you get what you pay for.

Tier 1 investors are supposed to solve all of your problems. They’ll introduce you to your prospective customers. They’ll help you round out your executive team. And you’ll never have to worry about getting funded again.

Seriously, LOL. Our two investors in our Series A round were arguably Tier 1 VCs. One of the investors was everything you could hope for in an investor. The other investor, the infamous “Donald Ventures” did everything they could do to destroy us.

It was brutally hard lesson for me to learn. I’d have taken money from a Tier 3 VC instead of Donald Ventures if I could do it all over again. My dad was oh, so right.

So, fundraising is a blood sport as you can see. So, here’s one more really hard lesson to learn:

C. Waiting for the perfect time to raise funding can cost you everything.

I have a saying I like to remind the CEOs I work with of: “You can’t control the environment you raise money in.”

In other words, don’t wait for the perfect time to raise money because it may never come. Look at the fundraising environment at the beginning of 2022. It was great. Money was plentiful and valuations were high.

Then in a blink of your eyes it all changed. The fundraising environment at the end of 2022 is really bad with money scarce, especially for growth stage funding, and valuations are much lower.

This lead directly to my next hard lesson:

D. It always pays to manage your company in an appropriately frugal way. Always.

Sequoia Capital recently issued another “R.I.P.” announcement, just like they did during the Great Recession, to their portfolio companies. After years of telling these companies to grow at all costs, now they were telling these same companies to be frugal because their next round of funding wasn’t guaranteed.

Remember, your investors interests may differ from your interests. That’s why you should always manage your company in an appropriately frugal way.

For example, you wouldn’t want to be Sequoia backed Graphcore, would you? Graphcore is a UK chip company that raised $730 million since its founding in 2015. And just as fast as Graphcore raised money they burned through it, losing $183 million in 2021 with revenues of only $5 million.

Then the bottom dropped out in 2022. Graphcore announced in September 2022 layoffs, and Sequoia is allegedly writing off their investment. They are in a death spiral they will never recover from.

That means you don’t have over 600 employees on $5 million in revenue like Graphcore had. At $250,000 per head, fully loaded, that means you’re spending around $150 million per year just in salaries and related overhead.

That’s insane when your revenue is only $5 million. The Graphcore cart was way ahead of the horse.

Now, you have to ask how could this happen. This leads to the next hard lesson:

E. Your board of directors is not going to be of much help.

I think we just established that your investors may not your best friends. So why would you think your board of directors is going to bail you out when your board is made of mostly, that’s right, your investors.

“But they (your board) have a fiduciary responsibility to act in our best interests,” you exclaim.

“Welcome to reality,” I respond.

Let me give you an example of how this plays out. Gill, one of my investors, took his responsibilities as a board member seriously.

He would ask, “Are we still in the board meeting,” if he was asked about something that might conflict with his responsibilities as an investor.

Now, as much as I love Gill, who would he side with in a conflict? Of course, he was going to support the goals of his fund.

You have to recognize there is a conflict of interest, and you need to manage your board (more here: How Do You Manage Your Board Of Directors? - Brett J. Fox).

Now your startup is up and running. And all the time you’d thought you have to do fun things like focusing on product development is instead spent on this next hard lesson:

F. You’re going to have to spend over 50% of your time on hiring and personnel issues.

I guess the hiring piece didn’t surprise me because I’d already been spending most of my time on hiring before we got funded. However, all the drama around personnel issues really surprised me.

What truly made it worse was the drama didn’t come from the rank-and-file employees. Instead, the drama came from the executives.

Indeed, I’ve seen this same scenario play out, over and over again, with other startups that I’ve worked with. Here’s my basic rule. If you find yourself spending most of your time worrying about an employee that isn’t working out, it’s likely time for that employee to leave.

This leads directly to the next hard lesson you’ll learn:

G. That rockstar engineer you just hired, who can’t get along with anyone on your team, isn’t going to save your company.

We’ve all made this mistake. At least, I certainly have. You’re desperate to keep building your technical team, and you come upon a candidate with a spotty resume.

The candidate has jumped from job to job, but the person vouching for the candidate assures you the candidate is brilliant. You and your technical team interview the candidate, and you decide it’s worth the risk to hire this person.

So you take the leap. Then, almost immediately, the complaints about this person start from your team. And, within six months you realize that you made a bad mistake hiring this person.

Imagine your Graphcore’s CEO, Nigel Toon, and you have to lay off probably over 200 employees. You’re kicking yourself because believed that the money train would keep rolling forever.

It’s a classic mistake, and now your employees are paying the price. They’ll all be searching for jobs, thanks to you.

The lesson is to hire to your growth, and not your investors zeal to build a growth machine just in case you grow. In other words, don’t get too far ahead of yourself.

Sales rarely happen the way you expect. This leads to the next hard lesson:

I. You’re going to have to be your company’s VP Sales at the beginning.

This might be the toughest lesson for engineers turned CEOs to learn. You’ve never sold before, so you hire someone to run sales.

Then, the inevitable happens. The person you hired fails. The cold hard reality is that it’s next to impossible to find a great VP Sales when you’re starting out.

The combination of your knowledge and your passion more than makes up for lack of sales skills. That’s why you’ll find you’re the most effective salesperson your company will have for a long time to come.

So there you have it. Nine hard lessons you need to learn for your startup to be a success. Violate them at your own risk.