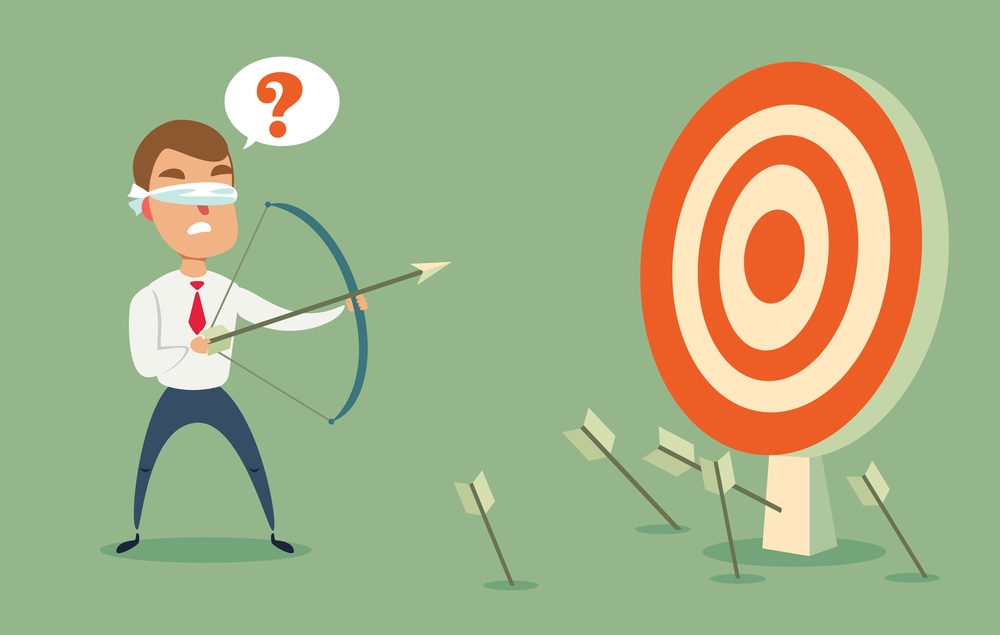 "You’re not going to hit your numbers,” I said to “Josh”. “You’re way too optimistic. I’d much rather you underpromise and overdeliver, especially right now.

Josh is in the middle of a sale process for his company. He’s working with an investment banker to manage the sale process.

The sale process is going really well. There’s been lots of interest from prospective investors, and he’s received three offers to date, the largest one being an all cash deal for $300 million.

However, I’m worried because the economy has slowed, and, lately, Josh has been missing his revenue projections. Mind you, the company is still growing at a nice clip, but I don’t like the optics of Josh missing his forecast.

You always want to underpromise and overdeliver.

Josh had the classic, “back loaded”, revenue plan that I’d seen many times. In Josh’s case, revenue was growing for the past four months at a 30% average for the year. But his forecast for the rest of the year was for 40% growth, which is what he averaged for the last two years.

“What do you think I should do for the rest of the year?” Josh asked.

“I’d forecast 25% growth for the year. Here’s why. Buyers are going to ask the question, ‘Why are you going to grow at 40% for the year when you’ve only been growing at 30%?’

You need to own your forecast.

“That’s great, but you have to hit the number. It (the 40% forecast) doesn’t pass the eye test. Here’s the thing, you own the external forecast that you present to potential buyers, not your team. But this does lead to another point.”

You should have multiple forecasts for the same period.

“This reduces the chances of you missing your numbers (projections). So, even though you may be struggling internally, externally you gain credibility because you do what you’re telling people you’ll do.”

“What about the other forecasts,” Josh asked. “Do we run the company to the higher numbers?”

“I don’t know if I’d do that. However, I like the idea of sales setting their own forecast and seeing if they can hit it. Then, I’d run the company to the worst case forecast until I saw signs you’re beating it.”

“What’s the reason for that?” Josh asked me.

“Simple. Everything you do is triggered by revenue. If you’re hiring at your best case plan, and your revenue is at your low end plan, then, you’re going to accelerate running out of money.”

Josh’s company was doing around $40 million in revenue with thousands of customers, so it wasn’t an early stage startup. Early stage startups are usually horrible at forecasting revenue for two reasons:

A. Founding CEOs are way too optimistic.

You think your business is just going to take off when you launch your first product. The reality of course is way different.

Growth can be slow, very slow. You may have to change your pricing, your business model, your go to market strategy and more before you gain traction. Plus…

B. You have no data.

Your first few attempts at forecasting are just calculated guesses because you don’t have any data. You’re just grasping at straws really.

However, over time, you do get better at forecasting.

Your forecasts get more realistic because your board of directors (at some point) starts putting pressure on you to be accurate. Plus you start getting some data.

We used two simple methods to improve our forecast accuracy:

A. Bottoms up forecasting.

Bottoms up forecasting is as old as dirt. You simply forecast by each customer what you expect them to do for whatever time period you are forecasting.

You should focus on the 20% of your customers that make up 80% of your revenue. Then extrapolate the rest.

For example if the 80% of your customers that make up 20% of your revenue is growing at 30% year over year, then assume that will continue. This is called the “ruler method” because you could use a ruler to eyeball your growth.

B. Use “The Graham Technique.”

The Graham Technique is something we borrowed from Benjamin Graham. Graham wrote The Intelligent Investor, an incredible book on value investing.

You can apply the same methodology to forecasting revenue. For example, take the last three months of company’s revenue and compare that to the revenue 12–14 months earlier.

Now you have an average trailing 12 month growth rate that averages out any large swings up or down.

C. Then you compare your bottoms up forecast to your Graham forecast.

The nice thing about the Graham forecast is it’s just numbers. So, you are forced to explain why you are expecting higher or lower growth to the trend.

It’s not perfect (nothing is with forecasting), but comparing the bottoms up to the Graham results keeps you honest.

Back to Josh. As Josh entered into diligence after accepting the $300 million offer, obviously the future forecast was scrutinized. Josh went with the low end, 25% growth forecast. The deal closed last week, as planned, at $300 million.