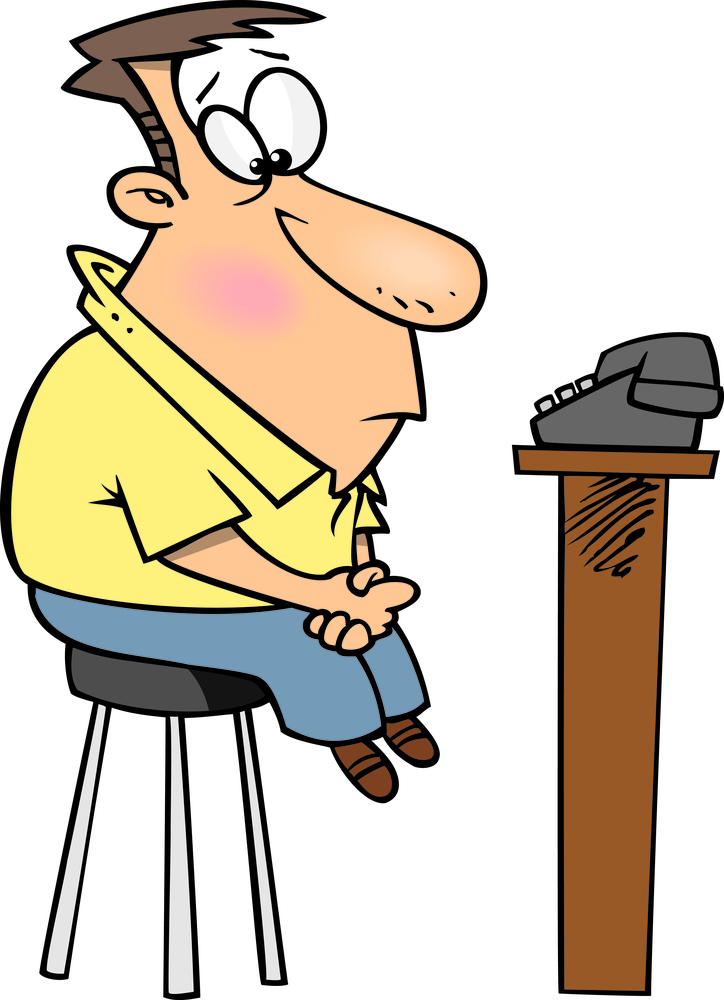 “God, do I hate radio silence,” I said to my friend and mentor, Dave. “Why don’t VCs just let me know they just don’t want to invest instead of leaving us hanging?”

Dave smiled and nodded his head in agreement. He had been a VC and he’d been a founding CEO too, so he knew what I was saying was true. “I tried to let the entrepreneurs I spoke with know that I wasn’t going to invest,” he said. “But I was nowhere near perfect. I was just so busy that sometimes a company that I was lukewarm on would fall through the cracks.”

Investors not getting back to you is one of the most frustrating things that you have to deal with when you’re raising money. It seems like the investor is excited about you, but then, they stop responding.

And it leaves you with the question about what do.

It sucks when an investor doesn’t get back to you.

Most of the time, it means the investor is passing. However, you should continue following up.

When we were raising our Series B funding, we received a term sheet from Robbie. He’d given us the term sheet that we’d signed the week before, and now he went dark.

Needless to say, an investor going dark on you is not a good sign.

My paranoid mind was racing. It’s always hard raising money, and I was coming up with all sorts of crazy conspiracy theories:

Did Robbie have second thoughts about the investment?

Were his partners pissed?

What the hell was going on?

You need to be a polite pest when you follow up with investors.

It had been a couple of days since I last called Robbie. I picked up the phone and called him again. My call went immediately to voicemail. Shit. I left another message for Robbie:

“Hey Robbie, it’s Brett Fox calling. I’m just following up on our discussion. Give me a call when you get a chance. Thanks.”

You should follow up be phone and by email.

I immediately sent an email to Robbie with the same message:

“Hi Robbie, I just left you a voice message. I’m just following up on our discussion. Give me a call when you get a chance.

The fear went away. I’d taken action. But I knew that within a few hours the fear would be back if I didn’t hear from Robbie.

The reason you’re not hearing back from someone usually has nothing to do with you.

I forgot who taught me that little psychological trick, but it’s helped me navigate through several tense situations. Usually, the reason someone isn’t responding to you has nothing to do with you.

There are an infinite number of stories we can tell ourselves when someone doesn’t call us back. The story I tried to tell myself was, “Maybe Robbie got busy with a problem portfolio company.”

I had no idea what the reason was that Robbie wasn’t calling me back. However, I just reminded myself that it likely had nothing to do with us.

He probably just got busy with something. That’s why you have to be a polite pest. A polite follow up a couple of days later is fine.

Remember. You’re not making your investors money, yet.

My good friend, Steve, always told me this when I complained about the slow response from investors that had already signed a term sheet. It just made no sense to me why they weren’t moving faster.

The reality is that you’re not making them money. Until you are making your investors money, you have to punch through the noise as a polite pest.

Friday night, two days after I called and emailed Robbie, Gill, one of my existing investors, and I heard back from him. I would have never guessed Robbie’s response:

Guys – I appreciate your patience on my response. I am still hoping to get something to you in the next day or so, but as I mentioned perviously, I have been delayed due to what has become a serious family matter.

My eldest son has had a high fever for the last week or so and we have been trying to get it under control. Late last week, he was diagnosed with acute osteomyelitis (bone infection) of the left arm/shoulder and required immediate surgery. He has been recovering since Friday and is a real trooper. If his progress continues, he will be able to leave the hospital by the middle of this week. As you can imagine, I have been fully occupied with this matter.

I expect to have a discussion regarding Touchstone with my partners tomorrow and get back to you with my thoughts and a path forward to close. I will be in and out of the office this week, but I am available by phone, email and text as usual. While my family is clearly my first priority, I want you to know that I take my responsibilities to my LPs and portfolio companies very seriously.

Thanks for you patience.

It made sense. There was no logical reason that Robbie would back out of the deal, so his lack of response had to be something that had nothing to do with us.

As a parent, I could totally relate to what Robbie was going through. If my daughter Avery had a similar problem, my sole focus would be on her.

The situation with Robbie’s son went on for several more weeks. His son completely recovered. In the end, our patience, persistence, and support was rewarded.

You’ll know when an investor is truly interested in investing in your startup.

The good news is that it’s self-correcting when an investor doesn’t respond. What I mean is that investors that are interested in investing in you ALWAYS respond.

Look at Robbie. It took him time because of his son’s illness, but he eventually responded. And, I’m certain that my being a polite pest didn’t hurt my relationship with Robbie.

You should think of raising money like enterprise sales.

I never took offense when an investor emailed me or called me to let me know they were passing. At least you could cross them off the list for this round.

I always thought the investors that let me know they were passing were being smart because they knew I was going to be raising another round of funding in a couple of years. Then, I’d be back, hat in hand, asking for money.

And, sure enough, these investors were right. I reached out to all the investors that told us they were passing.

It wasn’t uncomfortable when we met again. It was sales of the highest order. You’re trying to get a customer (a potential investor) to spend tens of millions of dollars buying your product (a percentage of your company). So, you’re going to hear a lot of no’s, maybe multiple times from the same customer, before you get to yes.