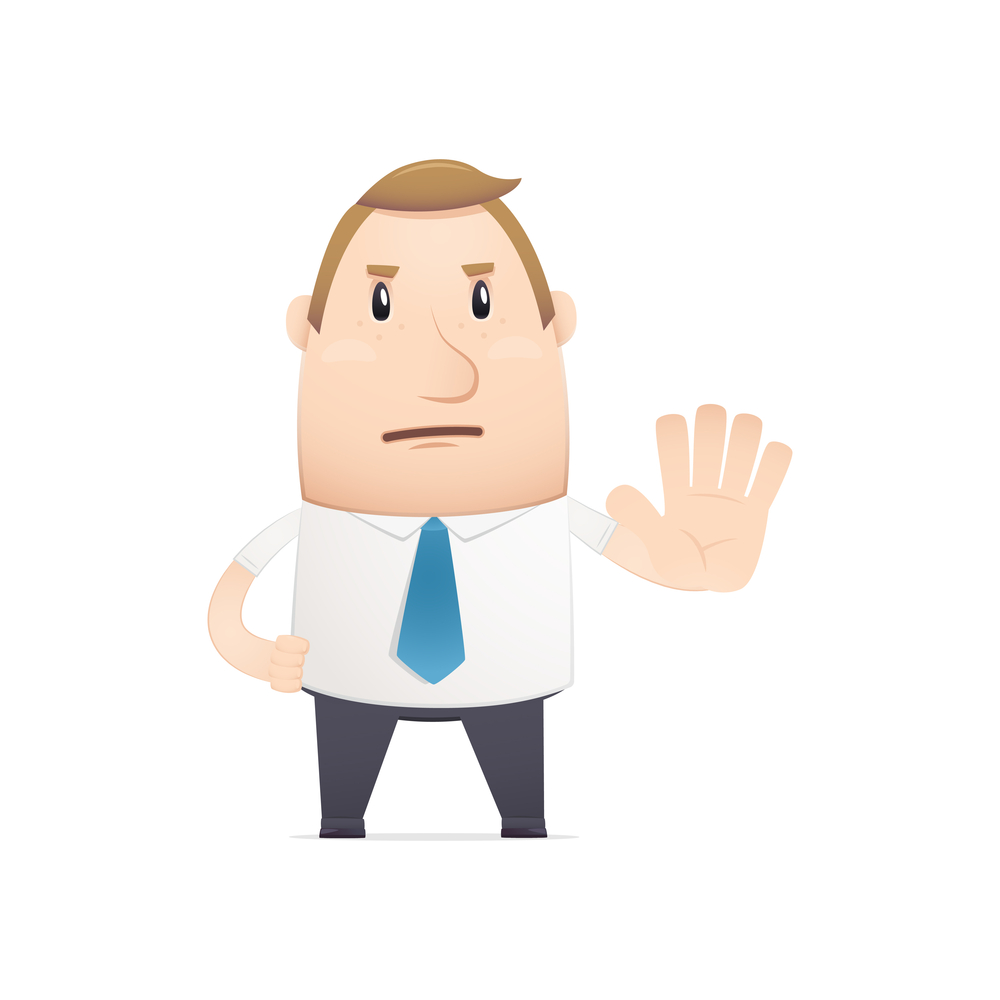 If there’s one thing I am an expert in, it’s bad co-founders. After all, the first two teams of co-founders I tried to start my company with didn’t work out.

There were “Jim” and “John”, my first two co-founders. We worked together for about five months before they quit, stole the company’s IP, and then started a competing company.

There were “Julius” and “Doogie”, Jim and John’s replacements. They didn’t work out either.

It wasn’t until my third team of co-founders that I hit the jackpot. Even then, two of my four co-founders didn’t make it through one year.

So, you can see I have my bone-fides down when it comes to failed co-founder relationships. I know the warning signs when things aren’t going to work out. Let’s go through them. By the way, I’ve experienced all nine of these:

Warning sign number one: Your co-founder doesn’t agree with your vision for the company.

When I started with my first team, Jim, John, and I seemed to be working well together. I knew Jim from our time at Maxim Integrated Products, and he recommended John, another Maxim alumni, as our VP Engineering.

I checked my network for references on John. Everyone I spoke with felt it was a coup for me to have John as part of the team.

It was clear, within a few short months, that John had different ideas for what we should do than I did. Right or wrong, when this happens, either one of you adjusts or one of your is going to leave the company.

John chose to leave the company, steal our IP down to the slide deck, and start another company.

The problems weren’t just that we disagreed on the company’s direction. John also felt we should raise less money.

I wanted us to have at least two years runway, and John felt we should keep more equity and raise less money. Maybe it’s unfair to say John didn’t understand how investing works, but he didn’t understand that you lose control of your company the second you take venture funding.

A co-founder that doesn't understand the realities of working with investors is a dangerous co-founder.  That was John.

I had known Jim for close to twenty years before we decided to work together and start a company. I thought I knew Jim pretty well, so it was a complete surprise to find out that he was paranoid.

Jim felt that every move our investors would make, down to what type of stock we would get, would be to our detriment. And John, who clearly knew Jim better than I did, used Jim’s paranoia to get him to quit and start a competing company with him.

Jim and John lacked integrity when you sum it all up. It’s okay if you don’t want to leave a startup. However, it’s not okay to steal the IP of the startup when you leave.

I’m sorry, but stealing IP means you don’t have integrity. So, in my book, I dodged a massive bullet when Jim and John left because you can't trust someone that doesn't have integrity.

Interestingly enough, they never could get their new company off the ground because the same issues they had working with me (a lack of understanding of how the investment process worked and paranoia) kept them from raising money.

The errors started to cascade.

I now found myself without a team after Jim and John quit. I brought on “Doogie” (more on him in warning sign number six), but it was harder to find a VP Engineering.

I felt that there was a clock ticking. And, I felt I was dead if I didn’t find a a new VP Engineering quickly.

Bringing Julius on so quickly felt like I'd pulled a rabbit out of my hat.  However, I didn’t know Julius, and I had never worked with him before.

He seemed into what our plan was. However, within two weeks, Julius quit because he wanted the security of being in a larger company.

The mistake was all mine.

I was in such a rush to find someone, anyone, to replace John, that I didn’t do my diligence on Julius. If I had, then I would have quickly found out that he wasn’t going to stick.

Warning sign number six: Your co-founder can’t handle the ups and downs of being in startup.

I said that I’d get back to Doogie, and this is where.

Doogie and I, like with Jim, had also know each other for years. I knew, when I asked Doogie to join my company that he had, to say it nicely, a propensity to panic when things got tough.

However, when you’re desperate for people, you take risks with adding co-founders, right? Well, if you’re smart, then you slow down, and take your time before you add another co-founder.

Doogie started out great. He was on fire, and we made a great team. However, it was short lived. Doogie couldn’t take the uncertainty of fundraising, and he quit.

Warning sign number seven: Your co-founder complains about everything.

I haven’t told you the story of “Raphael” yet, have I?

Raphael was a really good engineer I added in the second group of co-founders. He was another known quantity because we had worked together at Maxim.

Things came to a head shortly before we closed our initial funding. I started thinking about the challenges that awaited us in our post funding future.

I knew that Raphael, instead of digging in and fighting through the problems, would just complain. All it takes in a small team, is one complainer to allow a cancer to start growing.

I let Raphael go right before our initial funding closed.  It was another dodged bullet.

Back to Julius. Even if Julius was committed to my company, it wouldn’t have mattered. Julius was a downgrade from John. Worse, I knew he wasn’t as good as John.

It’s a mistake to add a mediocre co-founder to your team. The reason is your founding team sets the bar for the rest of your hires.

You will end up with a mediocre team, at best, when you have mediocre co-founders. That’s where we were headed with Julius.

There are certain areas you can’t scrimp on, and your technology team is one of them. I got smart after Julius left. I took my time and waited until i found exactly the right person to join as our VP Engineering.

I was rewarded for my patience when we hired Jeroen to replace Julius. Yes, it took another eight months to find Jeroen, but everything fell into place when he joined the company.

Warning sign number nine: Your co-founder can’t get along with the rest of the team.

The final co-founder to join our team was “Randy”. Randy was a very experienced, very capable addition to the team.

Randy did a lot of great things for us, including helping us add our only angel investor, industry legend Bob Dobkin. However, for all of Randy’s skills, he couldn’t get a long with anyone.

Randy was the proverbial bull in a china shop, breaking everything and everyone he came in contract with. His interpersonal problems left me no choice but to fire him.

Maybe I’m just a bad judge of people, but the frustrating thing is that it’s difficult to identify many of these warning signs before you start your company. Indeed, I had worked with several of my failed co-founders previously, and their bad behavior didn’t show itself until they joined the startup.

That’s why you want to have vesting schedule for all your co-founder’s equity. It should be a four year vesting period with a one year cliff at the start.

Fanatics are the answer to your co-founder challenges.

Fanatics just get the job done. Indeed, my two co-founders that made it through our journey (Adolfo and Jeroen) were fanatical about our company.