The Six Mistakes You're Making To Not Get Customers - Brett J. Fox 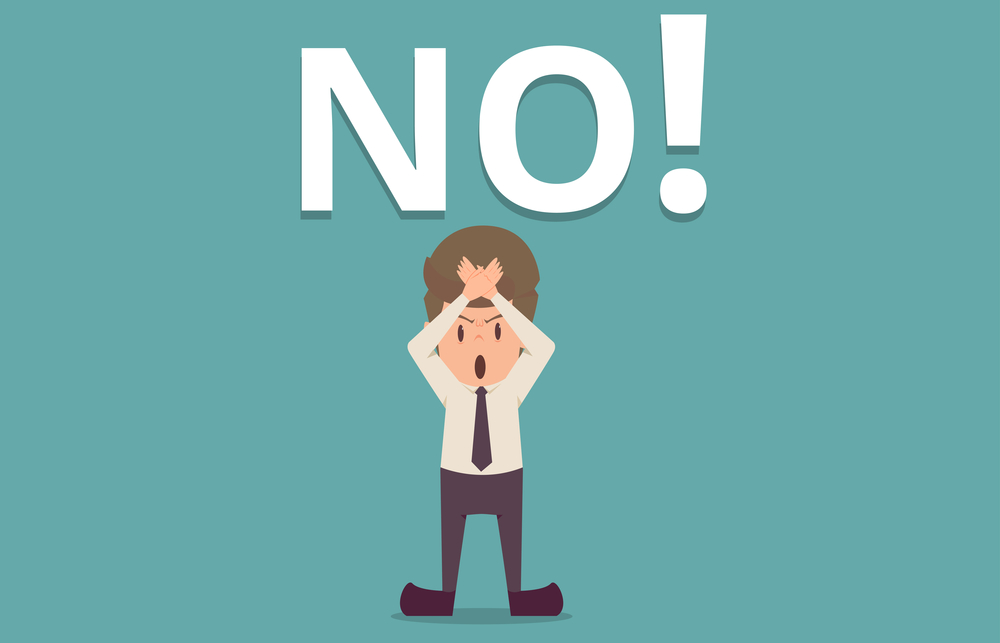 “How do you know your product is going to sell?” I asked “Joe,” the entrepreneur I was speaking with.

“I just know it’s going to sell,” was Joe’s response.

“Have you spoken with any customers yet?”

“But how do you know anyone else will want this product?”

“I know I represent what a lot of people want,” Joe responded.

“Maybe you do (represent a large portion of the market),” I said. “But, maybe you don’t. I’d certainly suggest you should start interviewing potential customers.”

“My competitors will find out what I’m up to if I do that,” Joe said.

“They’re gonna find out anyway. You know, I used to paranoid too. However, I’ve learned as I’ve gotten older that, especially for small companies, your competitors are too busy trying to solve their own problems.

“How are you intending to market your product?”

“I’m not going to need to market the product,” Joe said.

I did a triple take. It had been a while since I had heard someone say that.

“So, it’s the old, build it and they will come strategy.”

“Yes, that’s certainly a strategy. But how are customers going to know where to go?”

Joe didn’t have an answer. It was clear, like many engineers, Joe hadn’t thought through the marketing piece of the equation at all.

Usually, the next problem that a CEO unfamiliar with marketing has is they jump from plan to plan.

Jumping from plan to plan is almost as bad as not having a plan. In fact, maybe it’s worse because you’re likely spending (wasting) money.

Years ago I worked with a CEO named “James.” James had developed a plan to run ads on Facebook. The ads ran for a couple of days and then the ads stopped running.

I asked James what happened to the ads? He said, “The ads aren’t converting, so I decided to run ads on Google.”

You have to give your advertising plans a long time before they will pay off. And two days is just not enough time. You’re just getting started.

You have plan on a lot longer time if you expect your marketing plans to pay off. When you jump from plan to plan, that is a recipe for disaster.

You should test your marketing first, and then build out your strategy based on your testing. The testing is likely to take at least one month if not longer depending upon the marketing you’re doing.

We were consistent with our marketing. Each marketing campaign built on the success of the previous campaign.

The results were okay to begin with. And the results kept improving with time.

And that’s what you need to do. You need to market week after week and month after month. Marketing builds on itself. The more you market, the better the results you are going to get.

Moving from plan to plan will make you look schizophrenic and that will not work. Your marketing plan is like a good wine. It needs time to breathe.

Mistake Number 4: Having too many marketing channels at once.

So, instead of just focusing on Facebook, you’ve decided to focus on Google. “Oh yeah, let’s go add in some print advertising. We’ve got a lot of money to spend, so let’s go spend money on radio and TV advertising too.” You get the idea.

It is a huge mistake when you are starting your business to focus on multiple channels at once. Start with one channel and get it to work.

But do your marketing in this stair-step approach of one channel at a time. You’re going to find that mastering that one channel is going to be difficult enough.

Mistake Number 5: Not measuring your results.

It is criminal in today’s world, with all the digital tools we have available, not to measure your marketing results. You should be measuring everything you can think of.

You can measure all of it. And the beautiful thing about measuring your results is you have benchmarks.

There is no more guesswork like there was for me back in the day.

Mistake Number 6: You don’t differentiate your product from the competition.

As frustrating as it was to work with him, the mistake that drove me absolutely nuts was he didn’t attempt to differentiate his products from our formidable competitors.

“Why will this product sell?” I would ask the Michelin Man. “It’s not better than our competitors products.”

“It will sell,” he would always reply. The Michelin Man was lazy. He never did any sort of competitive analysis to understand how his products compared to what was in the market. That’s criminal in today’s world.

Of course, the inevitable always would happen. The product wouldn’t sell.

Expecting divine intervention to save you is wishful thinking. You actually need a superior product if you’re going to win.