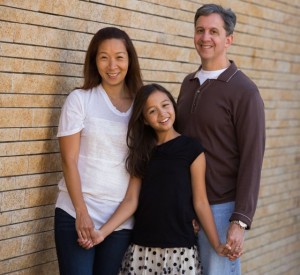 I am the luckiest person in the world. Honest. Little old me.

Yet, I have had my ass kicked so many times I’ve lost count.

I have had my heart broken oh so many times.

I have had people steal my business ideas from me, stab me in the back, and leave me for dead by the side of the road: roadkill waiting to be swept up by vector control.

I’ve had this happen more than once.

I’ve had people laugh in my face.

I’ve been fired. Twice. Not officially, but, it’s safe to say you’ve been fired when you are part of a reduction in force of one person, and you are the one person being RIF’d.

I’ve had my dream and the dream of the people I worked with taken from us. Something we worked at for years was taken in the most despicable, senseless and ugly way you can think of.

And just like you, I am the luckiest person in the world.

I’ve had my share of business successes too. Don’t get me wrong. In fact, I’ve had a ton of success. I’ve probably had more business success than most people in the world.

Business success, however, is not why I am the luckiest person in the world.

My wife and I are looking at potential schools for our daughter. We find one we really like. The school wants to interview us. We hear a very interesting story during the interview about financial aid.

The school we are being interviewed at provides financial aid for students in need.   “There is another school about ½ mile from here that doesn’t”, the administrator tells us. We know the school the administrator is talking about.

A Porsche? How passé.

Our daughter came home from school the other day with a story. Her classmate told her about the multi-million dollar trust her classmate will receive when she turns 18.

Our daughter asks, “Are we poor?”

Our daughter is ten. Ten! She is being exposed to this garbage a lot earlier then we expected. We have to keep teaching her about values.

My wife and I take the other school off the list. There’s enough pressure on kids these days without exposing her to that type of environment.

Okay, so how do you become the luckiest person in the world?

First, a story about my Dad.

My Dad was fired and publicly humiliated.

In other words, my Dad was just like us.

I remember having lunch with my Dad when he was running the second company. He looked at me and said, “Brett, none of this matters. The only thing that matters to me is you, your brother, and your mother.”

I thought he was bullshitting me. After all, he was working seven days a week. He loved his company.

That lunch was over twenty years ago.

My Dad passed away over eight years ago. He was a diabetic, and, even though he took really good care of himself, the disease eventually took its toll.

It took me over twenty years to realize my Dad was correct: none of this stuff we go through matters. It’s all bullshit.

My family is everything.

I have a great mom and a great brother.

I even have great in-laws! Who could ask for more!

I have really close friends who support me through thick and thin.

I am not saying the business stuff and success doesn’t matter. It does.

I am no different. I want to achieve and succeed like crazy. I can become borderline obsessive when I am pushing to win. Just ask my wife. She knows.

The reality is winning is empty without family. At least it is to me.

It doesn’t matter what the world throws at me. My family will be there for me.

That’s why I am the luckiest man in the world.

Here's to us. We're pretty lucky, aren't we?