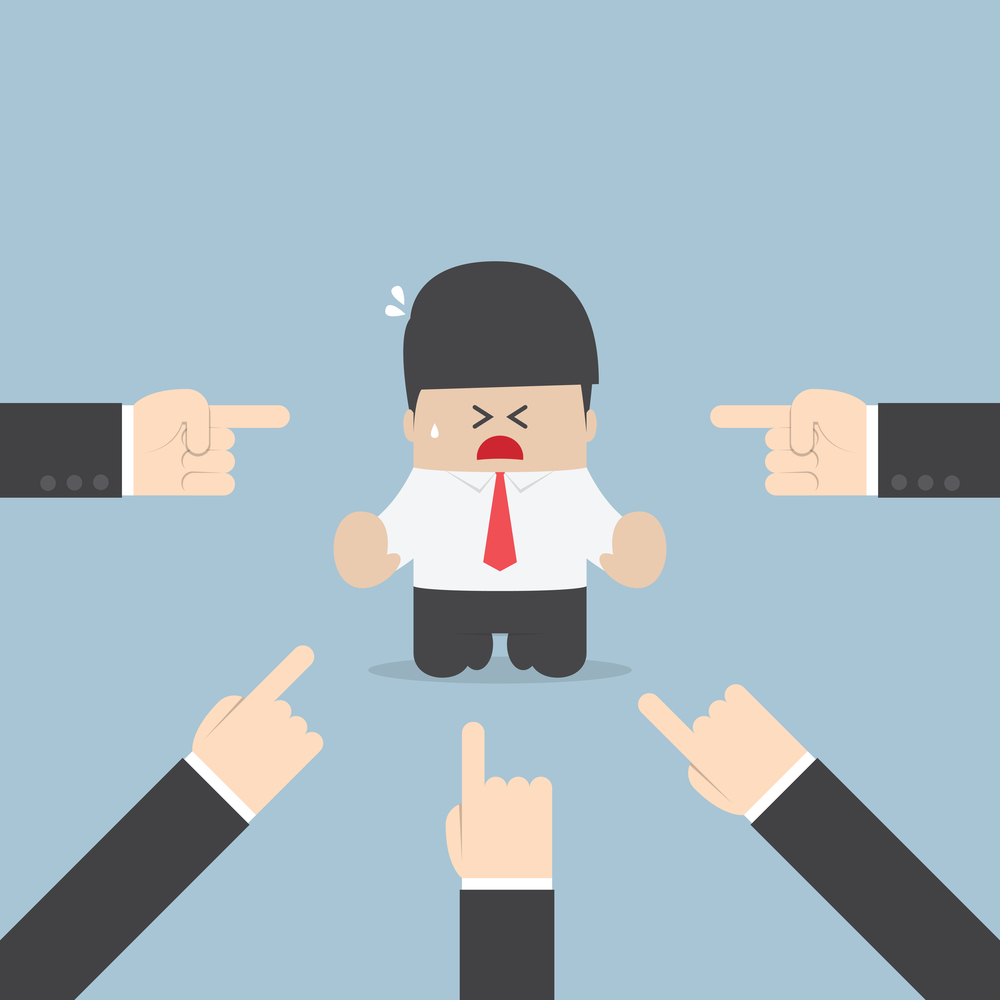 “You screwed up,” “Bob”, the CEO, said to his executive team during our weekly operations meeting. “How am I going to explain this to ‘the street’?”

Bob was upset because the company had missed its promised numbers to Wall Street, again. And now Bob would have to explain the miss to market analysts. Or would he?

“I’m not going to explain this (miss),” Bob screamed. “You are!” Bob said, pointing at the company’s VP Sales.

Sure enough, three weeks later, “Larry”, the company’s VP Sales, was on the conference call with investors, explaining the miss to investors. Wall Street reacted exactly as you might expect with the company’s stock dropping 20% the next day.

You take all the blame as a CEO. All of it.

There’s an old saying that you should tattoo into your brain about being a CEO. It goes like this:

“Give all the credit to your team when things go well, and you should take all the blame when they don’t go well.”

In my humble opinion, this is what every CEO should do because you’re the CEO.  You own every mistake your team makes because, guess what, you hired everyone.  Bob, as you might expect from the example I gave, felt otherwise.

That’s why Larry found himself in front of the analysts, explaining why the company missed its numbers. It was stupid. Let me explain why it was stupid.

Who do you think the investors blamed when the company missed its numbers, Bob or Larry? Of course the investors always blame the CEO. So Bob’s little pointing of the finger at Larry did nothing but make Bob look weak.

Don’t worry about giving your team the credit.

It should come as no surprise that Bob, our erstwhile CEO, loved to take the credit for everything that went right. In the ops meeting he always would say, “Look at my division,” when things were going well.

It was always about Bob.

Let’s contrast that with the philosophy of Nancy Pelosi, the United States Speaker of the House of Representatives. Pelosi famously said, “It’s amazing what you can accomplish when you don’t care who gets the credit.”

Pelosi is right and Bob is wrong.

I’ve never understood the Bob’s of the world. Don’t they get it? As CEO, you’re always going to get the credit. Therefore you never have to grandstand and say, “Look at me,” when you’re the CEO.

Great CEOs like Pelosi (Yes, Pelosi is just like a CEO. Try managing 218 diverse people and getting them to vote the way you want them to, and you’ll see what I mean) get it.

Give your team the credit, and you’ll motivate them to do more. Take the blame when things go wrong, and they’ll fight for you till the bitter end.

Just because you take the blame doesn’t mean that your team is off the hook.

Taking the blame when things go wrong will only get you so far as CEO. You still need to fix the problems. That’s what your investors are expecting you to do.

More often than not, severe problems are usually related to not having the right people in the right roles. In Bob’s case, Larry was a mediocre VP Sales at best, and the company needed a much better VP Sales.

So what do you think Bob did? That’s right, nothing. Larry stayed in his role for another five years before he resigned.

Five years is a long time to not take action. Bob’s incompetency eventually cost him his company as his investors forced him to sell his company.