How Do You Know If Facebook Is Trying To Destroy Your Company? - Brett J. Fox 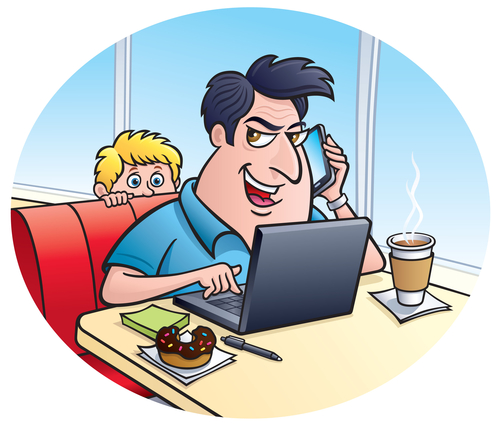 I was having lunch with my friend Matt. Matt was, at the time, a Senior VP at Maxim and Maxim was our largest competitor.

I had sold my company about four months earlier, and we were just catching up. He told me something that absolutely blew my mind.

“We had a task force devoted to trying to kill your company,” he said. “In fact, when you announced your first products, we reverse engineered them because we were certain you violated some of our patents. But you didn’t.”

The fact that they reverse engineered our products didn’t surprise me. That’s pretty much standard operating procedure in the Analog Semiconductor world.

What did surprise me is they had a group of people devoted to trying to kill us from the start.

Just to put this in context, Maxim was a $2B/year revenue company, and we were a tiny little startup. I didn’t know whether to say I was flattered or to say you had better things to do with your time.

I opted for flattery.

The reality is there was nothing they did that hurt us. Why was that?

Our strategy was to compete indirectly with our larger competitors. Our theory simple: We knew we would lose in any meaningful head to head competition with Maxim, so why bother fighting.

Instead, we would cede the large OEMs like Apple and Samsung to Maxim and our larger competitors. We would focus on the tier 2 and tier 3 customers that made up 80% of the market.

The good news was our strategy worked. In most cases, we never competed directly with Maxim because they were laser focused on the big OEMs.

The bad news was that we would grow slower because there were no “moonshot” opportunities like there would be with an Apple or a Samsung. We would have to make do with the smaller customers.

So we continued on our way never knowing that there was a group dedicated to our demise.

We continued recruiting engineers from Maxim to join our ranks. Adolfo reminded me at lunch the other day that we did receive a cease and desist letter from them about our recruiting. It must not have had much of an effect if I didn’t even remember it.

The moral of the story is you shouldn’t wake a sleeping giant.

If you ever read Sun Tzu’s, The Art of War, you’ll learn that one of his basic principles is never fight a battle unless you know you are going to win the fight.

Direct competition with a Facebook or Google (or Maxim in my case) is a recipe for getting yourself killed. Consider the indirect approach, and you’ll stay alive.

For more, read: What If Facebook Enters Your Market?