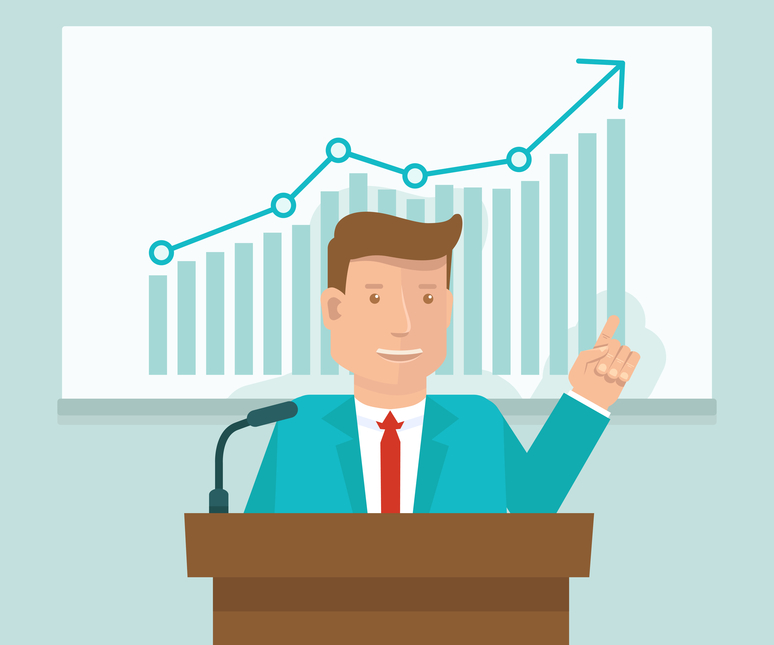 “Did you notice the depth of his answer?” My friend and mentor Dave said to me. “The good CEOs stand out, don’t they.”

I’d been an Entrepreneur in Residence (EIR) at the fund that Dave was a partner at for three months. And I’d watched a lot of CEOs pitch to our fund.

Dave was right. The good CEOs really do stand out.

As a VC, you are constantly meeting with CEOs pitching their company to you. For every 100 face to face meetings you take with a CEO, you might invest in one company.

The most common reason a VC doesn’t invest is likely because the pitch is really bad or just mediocre. Let’s say that 80% of what you see.

So the 20% of the CEOs that are good or great really stand out. It’s like a breath of fresh air when you meet a great CEO.

Here are the things I see great CEOs do that good, mediocre, and bad CEOs don’t do:

A. Great CEOs get to the point.

You have such a short time to hook your audience, maybe seven seconds or less. In that seven seconds, a great CEO is able to tell investors everything they need to know, so they can get excited about investing in their company.

That sounds like a magic trick, doesn’t it? But it’s not. A great CEO will explain what their company does, why they are better than the competition, and how big the opportunity is in seven seconds or less. Now the CEO has investors hooked.

B. Great CEOs command the room.

C. Great CEOs know their numbers and then some.

I was speaking with a CEO yesterday about his company. He was preparing to raise his next round of funding.

Larry’s not a great CEO, yet. Knowing exactly how much money you need to raise is part of being a great CEO.

In fact, let me go one step further. You should know how much money you’ll need not just for this round of funding, but how much you’ll need for the life of the company.

Yeah, I know that this is your best estimate based on your knowledge today. That’s okay. Investors understand you don’t have a crystal ball. Here are some more numbers you should know:

D. Great CEOs have a back up slide deck.

Let’s say you’re having a great pitch with a prospective investor. Then the investor asks you a question that isn’t answered in your pitch.

You don’t know the answer, so you say, “I’ll have to get back to you.” Did you hear that sound? It’s the sound of momentum leaving the room.

It’s so much better if you’re prepared for all the contingencies. And one of the best ways to do this is with a backup slide deck.

There are a lot of things that make you a great CEO. When it comes to pitching, it’s your ability to a clear communicator.

They aren’t afraid to say who the competition are and what’s good about them. That’s why great CEOs command the room (Point B above).

F. Great CEOs are fanatical about their companies.

Even if the CEO is an introvert, you can see it when you meet a great CEO. The “it” that I’m talking about is fanaticism about their companies.

How can you expect anyone you hire to be fanatical if you aren’t? The answer is you can’t expect to hire fanatics if you’re not fanatical about your company.

Fanaticism is the secret ingredient that gives you and your team the ability to get through the tough times. And there will be tough time ahead.

There’s nothing worse than watching a CEO that’s given a one hour time period to pitch run out of time. There’s just no excuse for that. Ever.

Great CEOs never run out of time because great CEOs rehearse their pitch over and over again. Let’s say you have a one hour meeting with an investor, but the investor only has 30 minutes. What will you do?

A great CEO already knows how to handle this event. The slide deck is seamlessly reduced to fit the new constraint without feeling rushed.

The reason the CEO doesn’t feel rushed is due to all the practice. If you’re just starting out, rehearse and, literally, use a stopwatch to time your presentation.

And while you’re at it, have your executive team rehearse their bios if they are going to come with you to meet investors. Keep their bios to one minute or less and keep yours to two minutes or less. Oh, one more thing. Great CEOs never bring someone to pitch that isn’t going to add value.

For more, read: How To Successfully Pitch Your Business In One Slide