How Long Does It REALLY Take You To Get Funded? - Brett J. Fox 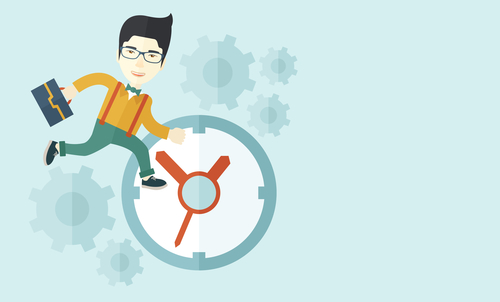 “How long do you think it’s going to take to get funding?” My wife asked me.

It was January, and we had just started raising money.

“My guess is we’ll be funded by June.”

It turned out I was right. We were funded by June…two years later!

We started off our fundraising with a lot of momentum. We had lots of warm introductions to VCs through the various contacts I had.

A very rare thing happened after one of our first meetings. A VC actually called me to pass on the deal.

Then something even rarer happened. He suggested I pitch to Opus Capital. He said, “I can make the introduction if you’d like, but it’s probably better if you do it yourself because they’ll ask me why I’m passing.”

I knew someone who knew one of the partners at Opus. So I thanked him for the tip, and I reached out to the person I knew. Lew said, “Use my name and send an email to Gill (the managing partner of the fund). He’ll meet with you.”

Two weeks later we had our first meeting Opus. By early April we had a term sheet for $11 million!

My cofounders were pumped!

I was so confident we would be able to quickly find another investor. And we got really close with a few potential investors.

It should have been easy, right? We had a term sheet from a very reputable investor, and we had a great team, but we just couldn’t get across the finish line.

Outside events can impact your fundraising.

At the same time…

At the time, you didn’t know exactly how bad things were really going to get. However, it was clear that there was a lot of uncertainty out there.

When you see banks start collapsing, you know you’re in trouble. We were still able to get meetings as the year progressed, but it just kept getting tougher and tougher.

We had one smaller fund that wanted to invest $3.5 million, so we would have been able to get to $9 million total. They gave us their proposal in August.

However, Gill didn’t want to work with them. And when he called to tell me, I knew it was going to be a long, long winter.

Through the winter and the spring of the next year, things really slowed down. The appetite for investing seemed to be about zero.

We could still get meetings, but it almost felt like investors were meeting with us because they wanted something to do. It certainly was clear they weren’t going to invest.

Maybe their thought process was, “I’m taking these meetings with the hope you’ll still be around when I can invest.”

But we didn’t give up.

We kept at it.

I added another cofounder to the mix. And we added our only angel investor, Bob Dobkin.

Bob was a co-founder of one the most successful companies in our space, Linear Technology. He was considered a technical genius. It was coup having him involved.

Yet, even with one investor in the bag, a great team, and Bob’s endorsement and financial backing, it still took another year to get our company funded. You just never know what’s going to happen.

That’s why you should plan on your fundraising taking, on average, six months.

Yes, I’ve worked with CEOs that have raised money in one week. And, yes, if you’re really disciplined, and a little lucky, you can raise money in thirty to sixty days, but you shouldn’t plan on that happening.

Remember, an investor may look 300 opportunities for every one investment they make. That’s why, despite all your good planning, that it might take longer than you’d like to raise money.

I’ve worked with a lot of entrepreneurs over the last several years that have raised money. Here’s what I’ve seen:

A. The earlier stage the round is, the longer it’s likely to take you.

When you meet the right investors, everything moves at lightning speed. You can go from pitching someone to signing a term sheet in a week.

The challenge is all the time before you meet the right investors. That’s the big variable in the equation.

Raising money is a numbers game. The more investors you meet with, the more the numbers start working in your favor.

And, when you’ve never raised money before, your network of potential investors isn’t as developed as it will be.

B. If you’re raising less than $1 million, be prepared to be in perpetual fund raising mode.

You’ll likely set up a convertible note like a SAFE note, and you’ll take the money. Then, you’ll operate on a shoestring budget while you continue looking for more money.

Maybe the money you have will only last you six months. That’s just fine. You’ll be looking for more money in parallel with running the company.

However, the rules change when you raise venture funding.

One of the big mistakes I see entrepreneurs make, is they don’t raise enough money. The thought process is that it will be easier to raise the smaller amount of money.

The problem is you’re likely shooting yourself in the foot when you don’t raise enough money. The first problem you have is that investors know that if you only raise money for six months operation, the odds of you being able to raise your next round of funding go way down.

The second problem you have is that you likely won’t accomplish enough between rounds for the valuation to increase. You have FOMO on your side when the valuation is going up.

D. Managing your fundraising like you would any sales process significantly helps you.

An entrepreneur I’m working with just raised a $22 million round in two months. He met with, get this, 48 potential investors during that time.

I knew “Keith” was in good shape when said these magic words to me: “Brett, I’m going to manage my fundraising like a sales process.”

Why was I certain Keith would succeed? Well, Keith’s company is doing really well, so having a great product to sell really helps.

However, Keith’s words about a sales process wasn’t just empty words. Keith essentially managed investors like a sales funnel. And he used a CRM tool, Pipedrive, just like you would managing all your customer leads.

Keith was able to manage all various investor opportunities he had, and he was able to push the process along because, just like in sales, he knew the status of all his leads (potential investors). This leads to my final point…

E. You can use deadlines to force a decision, but be careful.

Keith had already received one term sheet earlier in the month. This gave him the leverage to push the other potential investors along.

Like any negotiation with a deadline, the offers all came right at the deadline. The result was Keith had multiple offers to choose from. The bottom line was he played his cards well.

The risk is, what if you set a deadline and no one acts on your deadline? That’s why you have to really understand the status of your investors like Keith did.

There is no rule that says your fundraising efforts will be successful. That doesn’t mean you don’t have a good company. It does mean that might not have a company that is suitable for venture funding.

Don’t kid yourself, raising money is hard. And it’s supposed to be hard. That’s why you need to be brutally honest with yourself as you go through the fundraising process.