Do You Want To Grow Your Startup or Business?

Zero to Win: An online course that teaches you how to get your business off the ground and growing

Enrollment In Zero To Win Is Closed

Zero to Win, is designed to provide CEOs with the techniques and skills you will need to effectively grow your business.  Zero to Win was developed based on my work successfully coaching CEOs, 1:1, how to grow their businesses.  I will guide you, step by step, slide by slide, so you have an evergreen business plan and strategy that you can follow and believe in to grow your business and win.

You will blow up like Wile E. Coyote did without a business plan.

Imagine this scenario. You’ve just gotten on an airplane. You get into your seat, and you get your seatbelt on.

A panic ensues on the airplane as everyone, including you, tries to get off the plane at once.

Operating your company without a business plan is like trying to fly an aircraft without a navigation system.

You have no idea where you’re going without a business plan. So, why on earth wouldn’t you spend time developing a simple business plan?

I’ve heard the same complaint for years about how business plans are worthless.

I was speaking with an entrepreneur the other day.  I asked “Terry” if he had a plan that he was following.

“I wrote a plan a couple years ago, and I put it in my desk drawer.  I haven’t looked at it since,” he said.

“I’m not surprised,” I responded.  “That’s what most people do with business plans.  What are you doing now?”

“I’m just doing what I think is right,” Terry said.

“How do you know if you can afford to hire a new employee?” I asked.

“I just take my best guess if I can afford him.  But, I’ll be honest, I’m afraid I’ll make the wrong decision.”

Terry was stuck.  He literally didn’t know what he should do.

If any of this fits your experience, don’t worry, you’re like most people.  Better yet, there’s a solution that can help you unstick your business and develop a plan and strategy you’ll actually want to use.  I’ll get back to that later.

For now, let go back to my story of working with Terry.

Terry agreed to follow my advice, even though he was a bit skeptical it would work.

One of the issues Terry was facing was whether he could afford to hire more engineers.  In fact, Terry thought he might have to lay off an engineer because he thought he was losing money.

And that really concerned Terry because laying of an engineer would mean more work for an already overloaded staff.

I suggested to Terry that he complete a simple financial plan because it was impossible to know what to do without one.  He agreed with my advice.

I explained how Terry could quickly develop a plan, and we scheduled a meeting for the next week. I kept my fingers crossed that Terry would follow through.

We spoke a week later, and, before I could say anything, Terry said, “I have to thank you.”

“The exercise you gave me to complete was eye-opening,” Terry said.  “I feel like a blind man that can finally see what’s going on!

“I was certain I was going to have lay off at least one engineer.  It turns out we’re more profitable than I realized.  I know for certain that I can afford to hire another engineer!”

That’s the difference developing an evergreen business plan can make for your company.

There have been many others I’ve coached, and I am still coaching, in addition to Terry.

There is Greg.  I started working with Greg early on as well. In Greg’s case, he was bootstrapping his company to start.  Working together, we developed a complete business plan and investor pitch.

Then, there’s the case of Craig.  Craig had already completed development of his product, but he needed help with his go to market strategy and his sales strategy.  Plus, Craig couldn’t figure out how to scale his business.

Working with me, Craig came up with a great go to market and sales strategy, securing over $1 million worth of revenue in a six-month time period.  And Craig developed a financial plan that he finally he had confidence in.

I helped them and many others achieve their business goals.

Now I’m making the process I’ve been using and refining for over twenty years available to you.

I created Zero to Win, available as an online course, so you can grow your business confidently.

You’ll learn the right way to develop a business plan and strategy that you’ll actually use.

Building your business should not be complicated.  The challenge is you’ve probably not been exposed to the right tools, strategies, processes, and systems that will make your life as CEO easier.

That’s where Zero to Win comes in.  Here's what you'll learn:

You’ll learn how to research your end market and competitors

If you’ve never developed a true competitive analysis before, it’s hard to grasp just how powerful it can be.  Done the Zero to Win way, it will drive your whole marketing strategy.

In Zero to Win, I’ll teach you a systematic methodology to determine the right way to figure out which go to market strategy will work for you.

The problem with business plans is you write a plan, and then you put it in your desk drawer, never to be used again.

I’ve solved that problem with Zero to Win.

I’ll teach you how to develop an evergreen business plan that virtually guarantees that you will use it and update it on a regular basis.

Now, you’re no longer blind.  You actually have a plan and a strategy that you can confidently follow. 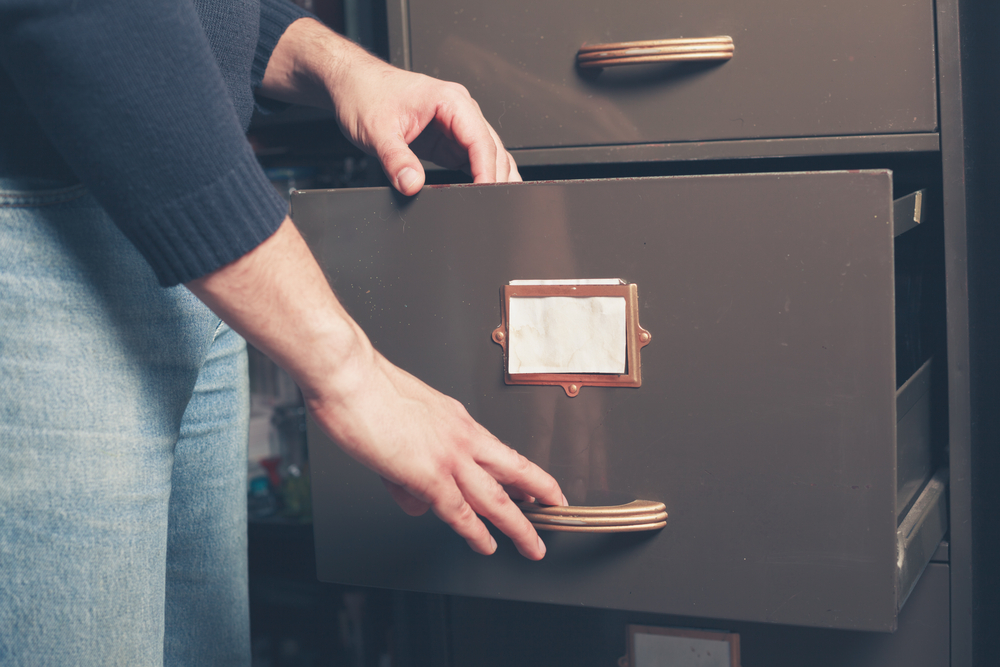 Yes, your evergreen business plan will be not be perfect, but you can easily adjust.

That will help you from getting blown up like Wile E. Coyote.

How you’ll benefit from Zero to Win:

You’ll get the benefit of all my experience building businesses from zero to over $100 million.  Plus you’ll benefit from the work I’ve done helping CEOs like you build their businesses.

I will guide you, step by step, to develop your end market and competitive analysis, your business model and go to market strategy, and your financial plan.  Then you’ll put all this together to develop your evergreen business plan.

After completing Zero to Win, you’ll have a plan and a strategy that you can follow to help you grow your business.

Course details for Zero to Win:

I will teach you, section by section, how to put together a killer evergreen business plan and strategy that you can use to grow your business.

Module 1: Determining The Size Of Your End Market

Module 6: Your Pitch (Also Known As Your Plan)

By the end of the program:

I’ll work with you each on lesson as I present the material.  You can ask me any questions you’d like on the Zero to Win Facebook page or in the weekly Zoom office hours.  Each lesson will build on the previous lesson.

Resource #2:  Practical exercises for you to complete:

At the end of each module, there are exercises for you to complete.  These exercises typically take around one hour per module.

The exercises are practical, real world exercises that are designed to help you complete your evergreen business plan.  Individually, the exercises will give you great insight into your business.

Taken together, these exercises combine to form the evergreen business plan you will use to run your business.

Every week, I will have office hours using Zoom.  This was a huge hit with previous Zero to Win students.

You get access to office hours for one year with Zero to Win. By the way, the office hours are one student at a time, and the information shared is confidential.

You can ask me anything you want.  It doesn't have to be about Zero to Win.

I’m going to hold you accountable to get your work done.  Besides me, you’ll be surrounded by a like-minded group of CEOs that are pushing towards the same goal that you are.

Zero to Win Is Designed To Deliver Results:

The goal of Zero to Win is really simple.  I want you to complete this program with a great evergreen business plan and strategy that you can use to grow your business and win.

Try Zero to Win, risk free, for 30 days.  If you decide, for any reason, that Zero to Win isn’t for you, I’ll give you a complete refund.  All you have to do is show you did the work.

My goal is helping you develop a great evergreen business plan and pitch deck.  If you give it an honest effort, and Zero to Win doesn’t work for, then I haven’t done my job, and I don’t deserve your money. 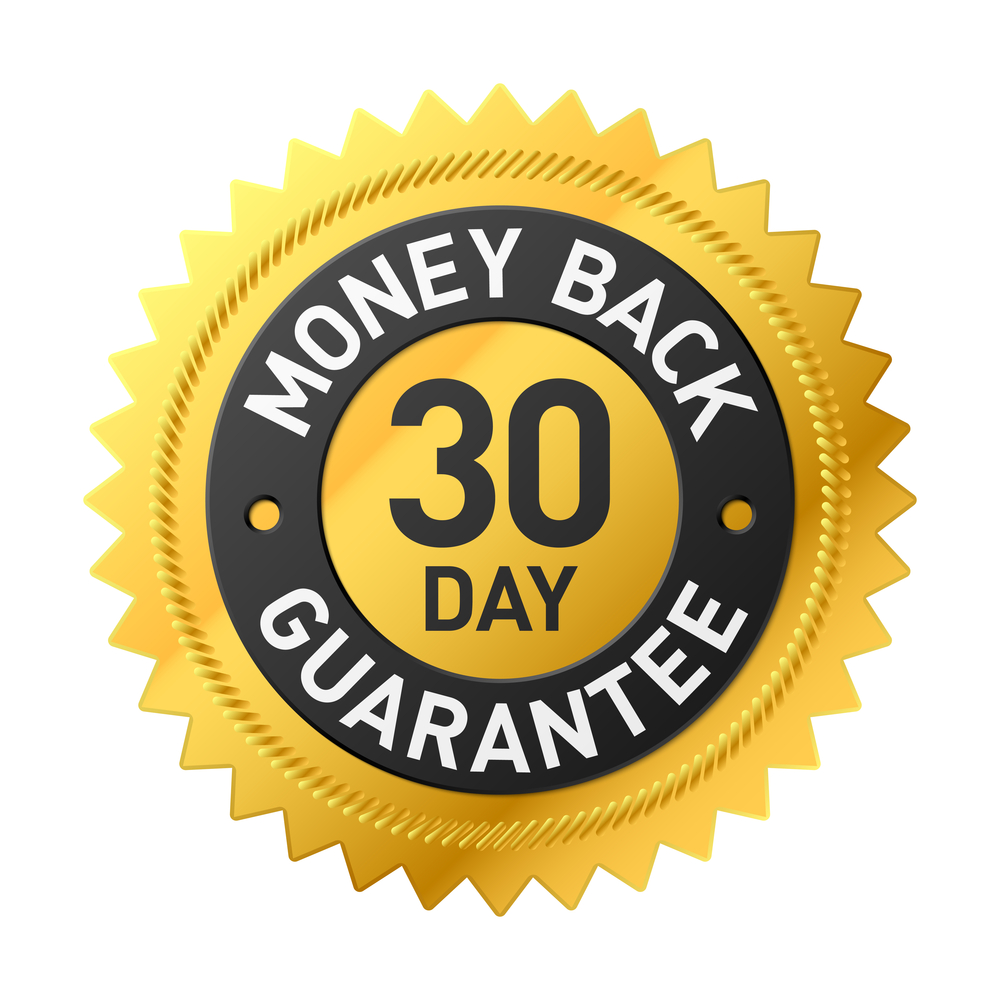 “Brett presents his courses in a clear, logical and straightforward way. As start-ups, we often look at the world from the bottom up while Brett’s focus is the other perspective; how will others see what we are doing and will they easily understand why. I particularly enjoy the common sense approach with no spin.  Always reliable, eager to help, insightful based on experience, Brett has guided and nurtured participants to understand how to put all the pieces together, and to keep working on it to make it better. Passionate, he truly wants you to succeed. Highly recommended.“  Alex Babauskis

I haven’t validated my business idea yet.  Is Zero to Win right for me?

Yes, Zero to Win will help you validate your business idea.

I’m not located in Silicon Valley.  How do I participate in Zero to Win?

All you need is an internet connection to participate in Zero to Win.  All of the material is available online.

What if I don’t have much time to spend on Zero to Win right now?

That’s okay, because you have lifetime access to Zero to Win.  All the modules will be available for as long as you want.

How is Zero to Win different from other coaching programs?

The key to Zero to Win is the evergreen business plan you will develop.

Because of the unique, pitch deck format, you’ll actually want to use, and update, your evergreen pitch deck on a regular basis.  I update my plan monthly.

How many people can enroll in Zero to Win?

Since the course is pre-recorded, and you can access it  online at your own schedule, enrollment in Zero to Win is unlimited.

Are there Office Hours?

Who will teach the material in Zero to Win?

I will teach the material in Zero to Win

Velou was just a flicker of an idea in my head when I first started working with Brett. As I am a first-time founder, his feedback helped me to think through how to build the company from ground-up the right way. He’s always been a strong voice of reason and helped me to get through many obstacles I faced as the CEO and collectively as a company. We now have 1. a solid product that solves a real problem for our customers, 2. an amazing team, and 3. raving customers. A lot of our success can directly be attributed to key decisions made based on fantastic guidance from Brett. Thanks, Brett!